The COVID Vaccine and You 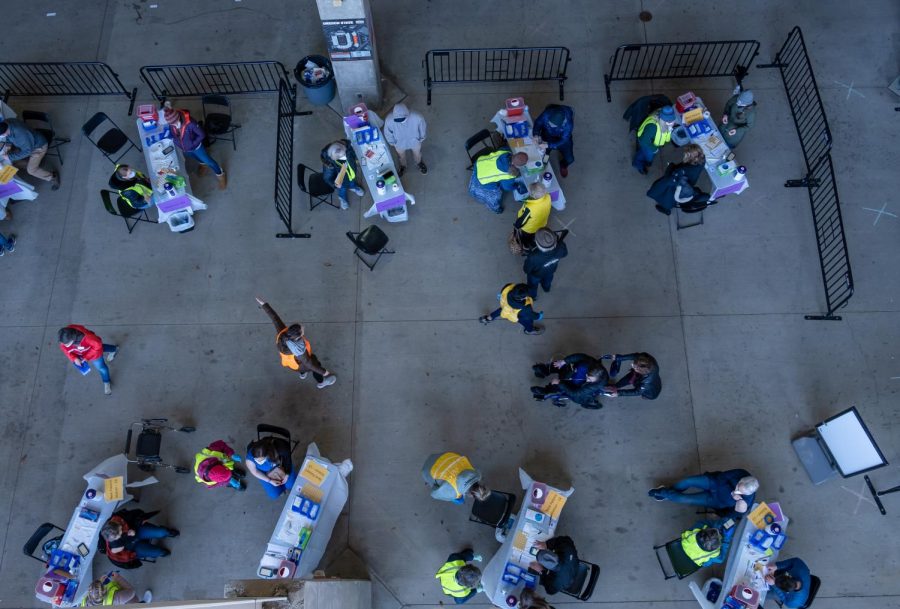 Samaritan Health Services and Benton County workers and volunteers come together to administer vaccinations to people 65 years and older, educators, and childcare providers. To find more information on the application process and timing of vaccinations you can visit Benton

Vaccines for the COVID-19 virus have been in development for some time now, After having several versions of it approved for use in December, we’re in the first stages of returning to normal. It might make you wonder how soon your turn is coming up.

The population of Oregon has been divided up by the Oregon Health Authority based on the recommendations of the Vaccine Advisory Committee. The different  groups are based on several factors, such as age, profession, risk factor, and proximity to those at risk.

This information is based on the vaccines that have been approved in the United States. Pfizer and Moderna’s two dose vaccines have both been approved by the FDA, as well as Johnson and Johnson’s single dose vaccine. The first group to be approved was group 1a in December. Members of group 1a included hospital workers, retirement facility workers, and others who work in close proximity to the virus.

We’re currently in phase 1b, which started on January 25th. Phase 1b consists of several additional groups, of which there are seven. Groups 1-4 consists of childcare providers, K-12 teachers and staff, and people aged 70 or older. Group 5 became eligible to receive the vaccine on March 1st, which lowers the age floor to 65. This is the stage we’re in now.

Group 6 will become eligible no later than March 29th, says the OHA. Group 6 will significantly widen the requirements for vaccination, making it available to adults 45-64 with underlying health concerns, migrant and seasonal farm workers, seafood and agricultural workers, food processing workers, those living in low-income senior housing, wildland firefighters, and those without a home.

Group 7, which will be eligible no later than May 1st, includes frontline workers (as defined by the CDC), multigenerational household members, and adults aged 16-44 with underlying health conditions. Group 7 is the final group in phase 1b.

Most students at Oregon State won’t meet the conditions to be part of phase 1b. The first group in phase 2 won’t include college students either, instead it will make all adults aged 45-64 eligible no later than June 1st.

Finally, group 2, which encapsulates all Oregonians aged 16 and older, is expected to launch no later than July 1st. At this point there isn’t enough information about the vaccine to be certain when it will be available for children under 16.

Biden stated that, due to the increased production, he expects every American will be able to receive the vaccine by the end of May.

Whether or not this will come to pass remains to be seen. Still, it’s surely a welcome change of pace to know there’s an end in sight. For more information on the COVID-19 vaccine, please visit covidvaccine.oregon.gov.