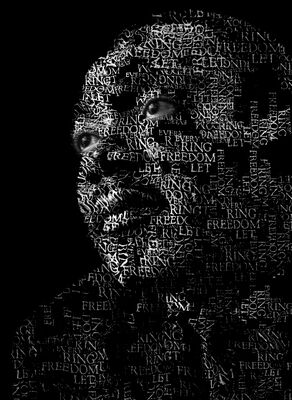 With the eventful year of 2020 behind us, this February we can reflect and learn from the many notable events that have impacted the Black community this past year and throughout history during Black History Month.

Almost a hundred years ago in 1926, Black History Month was created. What was once just a week-long celebration, this time period is used to observe and pay tribute to those in the Black community and the hardships they were able to overcome.

Terrance Harris, Director of the Lonnie B. Harris Black Cultural Center on the Oregon State University campus, shared a few of his thoughts Black history. He talked about its importance, relevancy and why more people should be educated about it.

“We have made strides in this world, in this country, so we celebrate,” said Harris. “I’ve always loved to talk about Black history because you don’t get to hear about it in school.”

Harris said it’s important to know about the history of Black people because if you know better, then you do better. There are little things people are ignorant or unaware of, such as inventions that were thought to be discovered by another group of people. Those include the telephone that engineer Lewis Latimer helped Alexander Graham Bell patent and door knobs which was made by inventor Osbourn Dosey. It’s important to know the background of it with how Black culture transcends across our nation.

Black Lives Matters originated in 2013 after the death of Trayvon Martin. That movement was birthed out of other movements such as the Civil Rights Movement, the Emancipation Proclamation and many peaceful protests.

“This year is not any different than any other year, except that most of it we have to do virtually because we’re battling two pandemics – one that we can’t see and one that we’ve been enduring for over four hundred years,” said Harris. “I would hope that folks just enlighten themselves more.”

Harris said that people are becoming more aware and learning about anti-Blackness and how it appears in their everyday lives. People are at a point where they’re tired of it and younger generations are beginning to understand the issues while calling them out. He also said there has been an influx of people showing their true colors with how they don’t like someone because of how they look, who they choose to love or how they choose to believe in their faith.

With Joe Biden as our new president in office, change is expected to happen from these political leaders, but neither he nor Vice President Kamala Harris is the entire solution, it starts with us according to Harris. It’s the community’s part to go out and vote for the right politicians who will actually do their jobs and will be there for Black people. Harris said the new president and vice president are going to do their part though to support change.

“We’ve already began to feel a freshness of someone that has a sense of knowing what they’re doing, you know,” said Harris. “There’s structure, there’s confidence that they can do something to help. They’re bringing back hope. You got folks who don’t want to believe because they’re in fear of losing their privileges, but it doesn’t make sense.”

To become more educated on relative topics, students of OSU can take a course to learn more about Black history called “Black Experience.” In UEXP 399, students will be able to learn about the history from post-slavery to the present with topics such as Black identities, women and music.

This month, OSU is hosting different events to honor Black History Month. These include a talk with Dr. Mae C. Jemison, the first woman of color in space, on Thursday, Feb. 4 and an anthropology lecture from the OSU School of Language, Culture and Society called “All Lives Don’t Matter and Democracy is Under Assault – A Perspective on Convergent Pandemics” on Friday, Feb. 19.

Although Black History Month is only twenty-eight days out of the year, Black history is constantly being celebrated everyday. It has always been relevant and honored by Black people which offers them a great sense of pride.