Sandvigen: The Birds and the Bees and All the In-Betweens 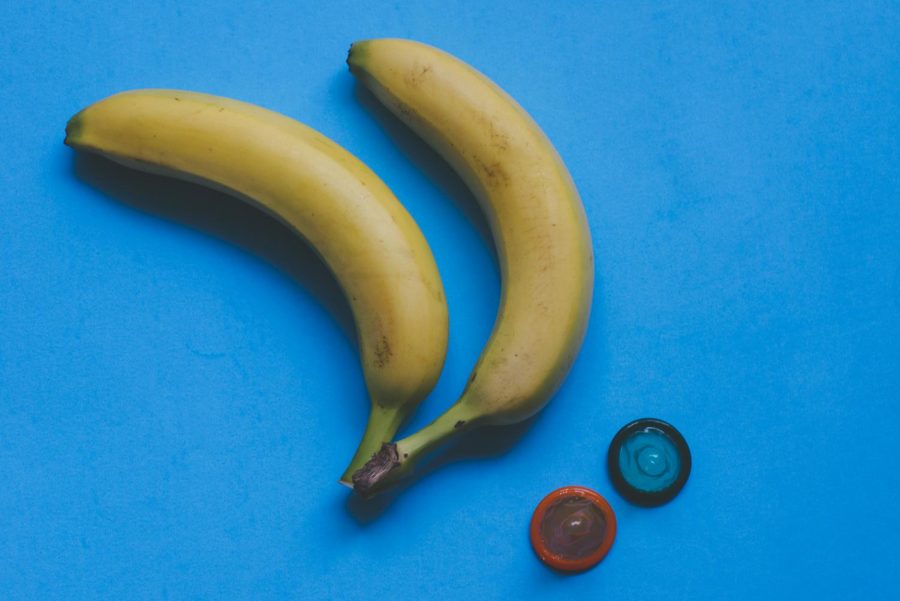 The words “birth control” are usually associated with women, but safe sex does not stop at preventing conception. Men, and people engaging in non-vaginal sex, utilizing their preferred contraception method are vital to preventing the spread of STI’s and maintaining their sexual health.

Let’s talk about sex. There are people who either are or aren’t comfortable talking about it. Luckily for you, I have no problem, so I’m going to lay it all out there for you.

For a lot of people, college is the time where you start to experiment with sex, and things of a similar nature. So whether you’re thinking about having sex, already having sex or just want a little refresh, it’s always good be informed.

As fun and as freeing as sex can be, it can also be dangerous. Sexually transmitted diseases are more common than you’d think. In 2018 alone 2,457,188 cases of STDs were reported, many more go untreated. Though some are curable, including syphilis, gonorrhoea, chlamydia and trichomoniasis, some aren’t. Diseases such as hepatitis B, herpes simplex virus, HIV and human papillomavirus don’t currently have a cure. This isn’t an all inclusive list, but has some of the most common STDs.

So how do you get a STD and what do you do if it happens? They are often transmitted through skin-on-skin contact, semen, blood, vaginal fluids and sometimes even saliva. If you suspect you’ve contracted something, contact a healthcare provider immediately and abstain from having any intercourse until the issue is resolved.

You can even get tested at OSU’s Student Health Services right on campus. Once you get your results, you and your healthcare worker will come up with a plan of action to protect you and others you’ve been in sexual contact with.

The best way to prevent the spread of a STD is to use condoms, both male or female, and regularly get tested. Even with a condom, some skin-to-skin transmitted diseases can still be passed, such as herpes. So having open, clear communication with your partner about your safety and boundaries should always come first.

The CDC offers a really informative page regarding all types of STDs for all sexual orientations, treatments, symptoms, facts and more. Check out https://www.cdc.gov/std/default.htm. Don’t be scared to click around! Knowing how to protect yourself will make sex so much more fun and relaxing.

Alright ladies and my fellow vagina-bearing bodies, as much as by 2020 you’d think technology would adapt for those who have the actual sperm to take more of a responsibility in contraceptive care–they don’t. So it’s all up to you. Luckily, in our society today it’s easy to get access to various kinds of contraceptives.

You’ve probably all heard of just taking a daily hormonal pill, but there are so many other opinions that may be more fitting. Granted, the hormones in the pill make a lot of us feel crazy or emotional. To start, there are different variants of the pill you can try out to find one that makes you feel the most normal.

Before I get too far into this, know you don’t need a guardian to get birth control! I know a huge reason why some of us birthing-bodies don’t go on birth control is because they don’t want their parents to know. Planned Parenthood is an exceptional resource that offers free contraceptive options, medical attention, planning and simple advice. You can always call to make an appointment at the nearest location and just go from there.

Back to birth control. Sometimes a more intrusive style of birth control can seem daunting, or at least it did for me, so starting out on the pill can be an easy introduction to contraceptive care. You can also try getting the depo shot (AKA Depo-Provera), a shot you get every three months that prevents pregnancy.

You can wear a patch that releases hormones, similar to a bandaid, that you change periodically. Or, you can get a ring that you place up your vaginal canal and change about every month.

If you’re open to a procedure, you can get a Nexplanon, an implant that goes in your upper arm that prevents pregnancy for up to three years. Or, my favorite, you can get an IUD placed snug in your cervix. There are three variants, one that last for three years, five years and ten years.

The IUD can arguably be the least maintenance and last the longest. Though like any chemical/hormonal change in the body, complications can occur. IUDs can become dislodged and pregnancy can occur, and many women report having an increase in ovarian cysts that can be quite painful.

And of course, condoms. Even if you’re on birth control, using a condom as well is even more effective. There are tons of options for birth control, so with enough tries, most women can find a method that works for them and their bodies. All of these options are offered at Planned Parenthood and their website gives even more information on your options. Amazingly, a lot of them are free as well!

Besides the very medical/technical side of sex we’re all taught, sex is so much more than that. A huge piece of sexual education is missing from the curriculum–the sexual part.

This is the part that might make you uncomfortable, but that’s only because our society has taught us that sex isn’t something to be shared or talked about. Weird that everyone does it though, so why shouldn’t we talk about it?

I’d like to note, this is my opinion, some may not agree with what I’m saying. So, why is it in a society made up of equal shares men and women, men get to control sex? Well they don’t, but our society has made it seem that way–but us younger generations can take back the bedroom.

The point I’m making here is that our society doesn’t have a great base for teaching young individuals about sex. Men, excuse me for a moment here, but our world plays into a reality where women are sexual objects designed to please men. Women become accustom to sex that is painful or doesn’t feel good because as long as the man enjoys it, that’s all that matters.

I am taking a moment here to affirm you I don’t have a vendetta, men and those on the penis-side of things have equal problems behind closed doors. This whole thing I’m describing has a name actually: the Male Gaze. Psycholoy Today defines it as “a term coined by film critic Laura Mulvey to describe the cinematic angle of a heterosexual male on a female character.”

It’s also stated this treatment can lead to “significant and pervasive psychological costs for women that they might not even be aware of.” So, this isn’t just me making something up to support my own feminest agenda. The Male Gaze is an issue within our society that we should all be aware of.

Women’s bodies and women’s pleasure isn’t talked about enough. In fact, it’s almost completely exempt from most conversations about sex. Even if we take away the sexual nature of it, an article by The Guardian states that there had been 5 times more research and funding into erectile dysfunction, only affecting 19% of men, than premenstrual syndrome which affects 90% of women. If that doesn’t show where priorities lay then I don’t know what will.  It’s up to the coming generations to change this. No, we aren’t going to blame men, it’s not their fault they’ve been groomed to perceive and act out sex in a way less fitting to women. It’s what our world teaches. And in all honesty, the female genitalia is much more difficult to navigate than the male’s, so it’s no wonder we often feel underwhelmed. The world just isn’t accustomed to pleasuring women the way it is to men.

If you’re getting tired of my rant I’m almost done. What I’m trying to say is sex is more than just the act itself. You can have sex without having sex. It’s about the emotional connection, pleasure, the exploration of your body as well as your partner’s. If something doesn’t feel good, stop. Communicate. Explore your body on your own time to figure out what you like and what you don’t like. Sex should always be for fun, not just to do it.

In college, sex can just be a status symbol, but start to tell yourself a different story. Sex should be liberating, freeing, and above all, it should feel good. As a finishing note, I’d like to say that men can be equally taken advantage of during sexual acts, it’s just more common for women at this age which is why I chose to shine a light on it. Having sex as young adults is already awkward, but we owe it to ourselves to at least try to make it as safe and as sexy as we can.

If you ever feel lost, talking to a friend, consoler or trusted adult can be a great place to start. Sex is weird and confusing, so it’s no wonder a lot people get off to a rocky start. Just try to remember why people have sex in the first place.

So there you go. Sex 101. This is a really condensed depiction of sex, so do some of your own research as well. Find something that works for you–and remember, be safe. There are dozens of resources available for any emotional or physical altercations that come along with sharing your body.