My Boo, My Background 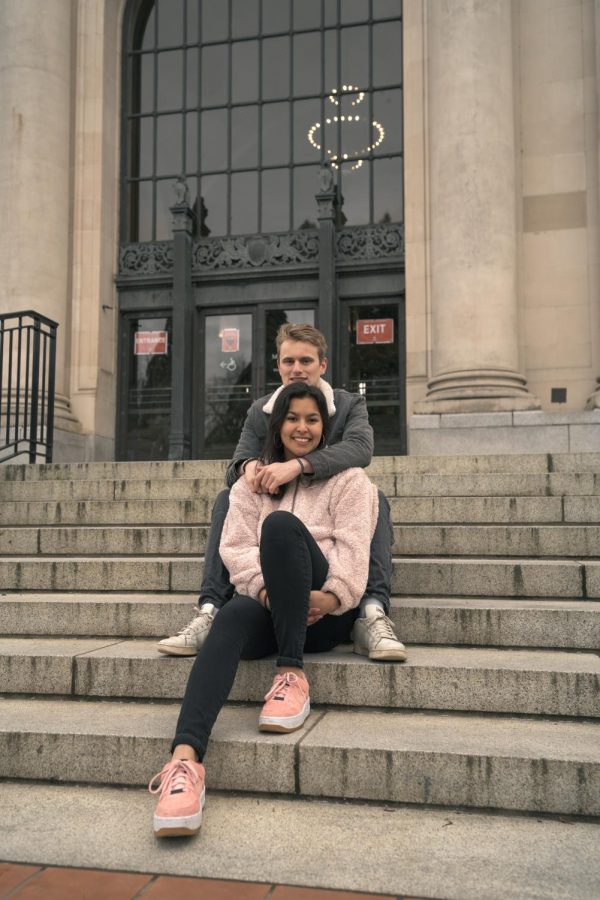 As our society progresses, it’s becoming more common to see all kinds of couples together, coming from different cultures, ethnicities and religious beliefs..

Oregon State University second-year students Julia Lising and Tyler Thompson share the experiences they’ve had together as a couple, and how their own backgrounds come into play in their relationship. Lising is half Filipino and half Caucasian while Thompson is Jewish, Eastern European and Norwegian. Instead of pushing them apart, their differences have brought them closer.

“I’ve definitely learned a lot of cool new things with Tyler that I wouldn’t have learned otherwise, like Hanukkah and about his Jewish heritage,” Lising said.

The couple has been dating for over a year and since then they have been able to try new things and learn more about each other’s cultures. A main difference between them being their distinct religions. Thompson is Jewish and Lising is Christian.

“Because I’m Jewish I celebrate different holidays from Julia like Hanukkah and Yom Kippur,” Thompson said. “Sometimes for food I have latkes which are like potato pancakes.”

Coming from an Asian background, Lising said she grew up on traditional cultural food, and still eats them on a daily basis. She was also able to teach her boyfriend about different Asian dishes that he didn’t know of before.

“Yeah, I didn’t know what spam musubi was before dating Julia, but now I do,” Thompson said.

This past December, Lising was able to spend time with Thompson and his family during the winter holidays that they celebrated.

“We said the little prayer that we say each time before we light the candles,” Thompson said. “We ate some food and we also gave her gifts.”

The two enjoy learning more about each other’s culture whether it’s about bar mitzvahs or different types of Asian food to eat.

Although there are many positives about these types of couples, there are also negative stigmas that can surround them. Gurung said that it depends on the races that are mixed because of how most races are paired with some good and bad stereotypes.

People can tend to date outside their race for the wrong reasons based on evidence provided by Gurung. He said that sometimes dating another race is seen as exciting or novel (a sense of the exotic). These couples also often face discrimination.

“Interracial pairings often bring the challenge of resistance from the own race and a sense that you are being a traitor to your own people,” Gurung said.

These couples may face challenges due to issues from racism from their own culture, but love is love. There are many more positives than negatives when dating someone who is different from you.

“I think it’s kind of essential to be dating someone different that’s somewhat different from you because if you’re dating someone that’s identical to you it’s probably going to be kind of boring,” Lising said.

Whether they come from another religion or ethnicity from each other, these kinds of couples get to have unique experiences together. These couples are also growing, and being able to be seen more.

Being with someone from another background allows for many new opportunities. The differences between you and your significant other should be celebrated rather than looked down upon.

Couples like that are continuing to be more accepted in their own cultures and in society as a whole. That allows barriers between different ethnicities and religions to be overcome when many types of people come together.