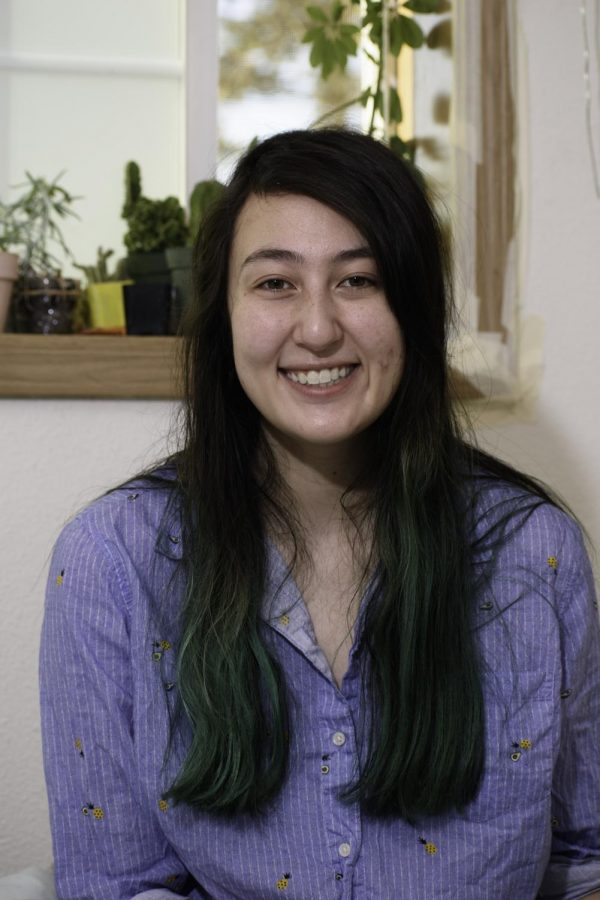 Lia Swan, a fourth year student studying Horticulture at OSU, recalls her struggles with social anxiety and how it has impacted the different relationships in her life. It wasn’t until Lia was 19 years old that she was diagnosed with social anxiety.

Having stayed mute for half a year in kindergarten, and growing up awkward and shy, it wasn’t until the age of 19 that Lia Swan, a senior studying Horticulture, had found out that social anxiety had been the root cause of it all.

According to Judith Rickard, a Counseling & Psychological Services counselor, social anxiety is primarily characterized by a strong fear of judgment by others. People with social anxiety end up becoming trapped in a negative cycle; they avoid social situations that trigger their anxiety in the first place, and although they feel protected by avoiding, this prevents them from adapting to social situations, and having positive experiences to counter the anxiety. Similarly, Swan relates to this.

“People made fun of me for being quiet, and that made me fear social interaction even more,” said Swan via email.

The development of social anxiety arises in different ways, and Dr. Misha Kleronomos, a psychology instructor and psychotherapist at Integrated Psychotherapy, gives examples such as being bullied, criticized by parents or having experienced an embarrassingly traumatic event. To demonstrate this, Kleronomos shares the story of a teen agoraphobic client of hers who had refused to return to school after having been ridiculed by classmates for having her period in class with white pants on.

In addition, social anxiety can significantly impact one’s relationships with others. According to Kleronomos, it can limit social activities and events, even with those close to them. And sometimes, the only way for people with social anxiety to step out of their comfort zone and socialize is if they have “safety” people alongside them whom they interact with comfortably. Likewise, Swan admits that she feels panicked when left alone, so she steers clear of social events unless she has someone to go with her.

Another type of relationship that social anxiety can affect is that of a romantic one. Kleronomos says that people who aren’t outgoing are perceived as being less attractive.

“Someone who is socially anxious is often seen as lacking confidence, could be seen as being a snob, withdrawn, depressed or unlikable, when really they are fearful,” said Kleronomos via email.

Not to mention that being in a relationship can be challenging for one who has social anxiety, because that person will feel protective of their partner, but will limit themselves and step away to not make their partner feel bad.

Overthinking also comprises social anxiety. For instance, Swan brings up a simple case on the timeliness of responding to text messages and the effects that it has on her.

“If I forget to answer a message from someone, my anxiety will keep me delaying my response in fear that they hate me for not answering early enough initially,” said Swan via email. “This cycle lasts until I finally answer way later, and feel terrible that I let my friends down, even though I know rationally that they care about me.”

Although Swan hasn’t been able to overcome social anxiety completely, she has discovered methods of coping with her anxiety. She uses a visual titled “Self-Talk to Help End Obsessions” in order to convince herself to think rationally and dismiss thoughts that are irrelevant on the basis of time. Having a support system of trustworthy friends and family helps to ease her anxiety as well by talking to them about her worries, and for this Swan is grateful.

Kleronomos also offers insights on treating social anxiety. She discusses cognitive behavioral therapy, which is the idea that instead of situations controlling our feelings and behaviors, rather, it is our own beliefs about those situations that govern how we feel and behave.

“Fixing those faulty thoughts by providing evidence to the contrary, a different way to perceive things, reality checking and recognizing logical and intellectual realities are all part of CBT,” said Kleronomos.

Systematic desensitization is also suggested by Kleronomos to treat social anxiety. It involves coaching people to relax, then asking them to create an anxiety hierarchy that rates the things that cause them anxiety on a scale of 1-100. From here, the patient repeatedly alternates between thinking about the lowest element on the scale and relaxing until that item no longer induces anxiety, then they move up to further levels until they can overcome all of them without feeling anxious anymore. This works because it associates relaxation with social situations.

Fortunately, Kleronomos assures that all anxiety disorders can be treated relatively quickly, with a success rate of almost 100%. And it starts by finding the right therapist, one who specializes in CBT and treating social anxiety.

“It is also important for the patient to understand that therapy will not be fun,” said Kleronomos. “It is uncomfortable and hard and scary, but it works, and if they will just stick with it for 4-6 months they will be exponentially better, and can be actually cured in 1 year, if not less. But, they have to do the work, withstand the discomfort and trust the process.”

At the university level, CAPS has forged a social anxiety group over Zoom this term, which is facilitated by Rickard. Individual and group therapy are both available for support, but feedback from students revealed that they benefited the most from group sessions.

“It is very helpful for students to realize that they are not alone with this type of anxiety, and group work can be very meaningful for students,” said Rickard via email. “They support each other a lot in a group. Socially anxious people are kind, caring, empathetic people who ironically have great social skills.”

Although the severity of social anxiety ranges among students, CAPS helps them practice small talk by getting to know each other. Witnessing their progress and growth makes Rickard feel proud and happy for them.

“It is wonderful to see someone actually be able to say they enjoyed themselves and were able to comfortably talk to others without harshly judging themselves later on for saying the wrong thing,” said Rickard.

From these stories, we learn that people who have social anxiety shouldn’t be judged, because, oftentimes, it is their social anxiety that inhibits them from talking to and socializing with others. And that shouldn’t be used to define them. Rather, by understanding their condition, we can instead choose to express kindness, and help them confront and overcome their fears.