What is the American Dream? 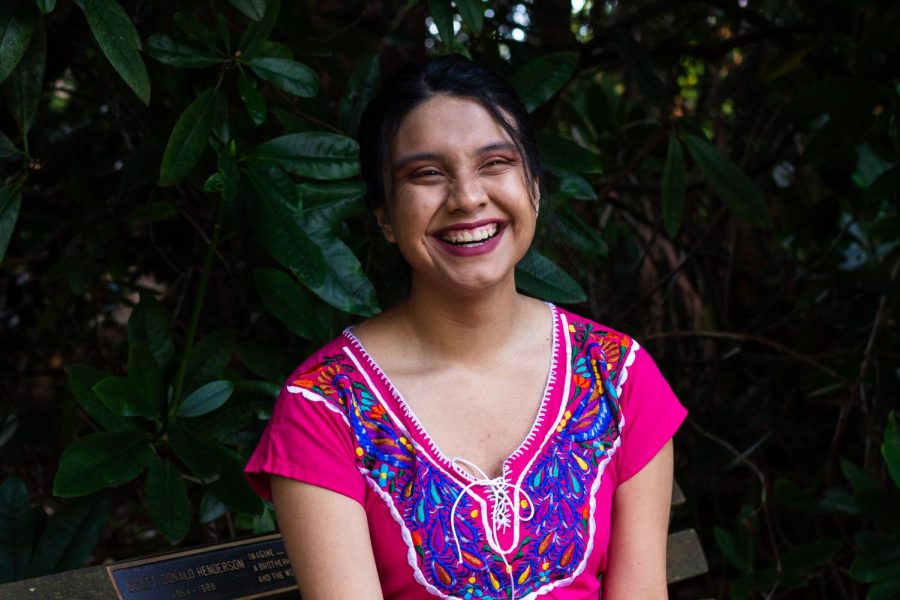 The United States is supposed to embody the American Dream, but does it really?

What is the reality in comparison to the expectations, and does the American Dream still exist today?

When asked what comes to mind with the mention of “American Dream,” Isabel Nunez Perez, Associated Students of Oregon State University Student Body President and a fourth year student studying political science, answers with “the origin of how I came to be.”

The roots of the American Dream lay on the basis of the Declaration of Independence, which states that “all men are created equal” and that gifted to us are the rights of “life, liberty, and the pursuit of happiness.”

James Truslow Adams first came up with the term “American Dream” in 1931 in his book Epic of America, and according to his description, it is “that dream of a land in which life should be better and richer and fuller for everyone, with opportunity for each according to ability or achievement.”

This idea of the American Dream traces back to the seventeenth and eighteenth centuries when the Puritans had fled from England to pursue religious freedom in the New World. In later years, the American Dream was further accelerated by immigration into the U.S. due to its strong appeal.

Nunez Perez shares one such story as it relates to her own background. Her parents had moved to the United States from Mexico because of their association with the American Dream and the opportunities it has to offer in order to create a better life for themselves and their future generations. Of course, this motivation applies to many others, and upon reflection, we realize that we are grateful for our parents and ancestors who helped us build up to the lives we have today.

According to Metzin Rodriguez, ASOSU Vice President and a fifth year student studying bioresource research, the American Dream experience is different for immigrants and those who were already born in the U.S. She grew up in Mexico and then moved to the U.S., and Rodriguez finds that she doesn’t fit into a certain category that is solely Mexican or American.

Rather, with her overlapping identity, she reminds herself to not become lost in someone else’s dreams, but to express herself truthfully and follow her own path. Thus, Rodriguez demonstrates that in the process of creating ourselves and responding to adaptation, we should not forget about who we are and where we came from. Essentially, it is our differences that we should be proud of in contributing to the development and innovation of America.

Similarly, Jennifer Macias, assistant professor of history at OSU, believes that the meaning of the American Dream is different for everyone. In her research, she argues that, historically, the American Dream has been thought to be attainable by anyone through hard work and adherence to moral values.

Macias also brings up the myth of the American Dream as represented in media, which denotes “a cookie-cutter house in the suburbs with a white picket fence, a happily married heterosexual couple who have two children and a dog.” Nevertheless, Macias has her own view of the American Dream.

“For me as the daughter of an immigrant family, the American Dream has symbolized an opportunity to create a better future for each new generation,” said Macias via email. “My parents did everything that they could to provide me with the best opportunity to succeed, even if that meant fighting through adversity and discrimination. For them and for me, education was one of the most important tools in achieving the American Dream.”

Contrary to the way that the American Dream is commonly believed to be, Macias argues that the reality is that not everyone is able to achieve it, especially minority populations, due to challenges such as racism, social injustice, unequal access to education, and unequal opportunities within the workforce. This is based very heavily on her research in which Macias studies the lower likelihood of achieving the American Dream in regards to Latinos and Latinas living in the Rocky Mountain West after World War II.

Rodriguez agrees with the belief that the U.S. is a land of opportunity, but says that it comes with a cost. With different ideas and immigrants come cultural clashes that are worsened by systemic racism and discrimination.

In addition, Nunez Perez reasons that the discrimination is a consequence of the establishment of the U.S. as a country founded on colonialism, and it hasn’t always been accepting towards all immigrants. Despite this, though, there is still worth in the American Dream.

“In my personal experience, things that I’ve studied and conversations I’ve had with people, I’ve been kind of disillusioned with the American Dream,” said Nunez Perez, “but there’s still that value, that energy and hunger to do better for yourself and your community even though there’s so many things acting against you. My parents say, you want to strive to be better and do better and provide better. That’s the thing that keeps you pushing forward.”

As an academic institution, OSU falls under one branch of the American Dream in that it supports students in their education, to an extent. Kara Traffas, a third year student majoring in English and psychology, discusses some shortcomings of OSU to meet standards of the American Dream.

For example, those admitted have been more often white and male dominated. Interestingly, Tebeau Hall, where Kara works as a resident assistant, was named after William Tebeau, the first African American graduate of OSU, who was first told that he was prohibited from living on campus and was advised to attend another school.

Other than racial disparities, Traffas has witnessed financial roadblocks as well from working in the Student Accounts office of the Kerr Administration Building.

“I heard many, many stories of financial hardship,” said Traffas via email. “To be honest, it was heartbreaking. I think for OSU to truly represent the ideals of the American Dream, it needs to be accessible to everyone regardless of the financial means and generosity of their parents.”

From these accounts, we can see that there are still barriers that impede certain groups from achieving the American Dream, some more than others. This brings into question the connection between privilege and identity, which is often dictated by bias. This mindset needs to be changed in order for us to gain one step closer to the American Dream.

Another aspect when comparing the reality of OSU to American Dream ideals is the social situation. Rodriguez explains that there might be times when students feel isolated or feel that they don’t belong, possibly enticing them to try to fit in. Fortunately, though, as a result of the diversity of the student body at OSU, Rodriguez appreciates that OSU has many communities for students to be a part of, or they can create their own community.

Among the students, Nunez Perez notices the principles of the American Dream being practiced. Students work together to support one another, and student organizers keep international and immigrant students in mind and generate resources for them. The intention is that they want to see each other succeed.

Not only do the students try to help each other, but OSU itself also has programs dedicated to student success. Macias highlights some of the strategies that OSU has implemented out of care for its students, including areas in academics, mental health, and diversity.

“OSU is committed to diversity initiatives, the success and well-being of its students, only a few key points that demonstrate the university’s commitment to the success of its students,” said Macias. “The availability of one of the largest online campuses in the nation provides a versatility and access to higher education that helps underrepresented populations overcome obstacles that might impede them from going to college. For example, someone who works full-time to help during the day as a primary supporter of their family can take online classes at OSU and graduate with a degree that will help them advance professionally.”

Let’s take a moment to be mindful of our presence at OSU. Success and the American Dream may look different for everyone, but we are united in our pursuit of education and the communities that we belong to. We are fortunate enough to have these opportunities available to us, and it is our responsibility to make the most out of it so as not to let down ourselves, our professors, and our loved ones.

One American Dream value that inspires Rodriguez is the idea that there is hope to make your dreams come true, and anything can be possible about them. She says that like a “marathon,” you might encounter failures along the way, but you overcome them eventually and keep going.

“Each person has their own story and you’re going to find different ways for you to grow and find your own American Dream,” said Rodriguez.

Many of these American Dream values still hold true today, with the addition of homeownership. Moreover, our society is progressively shifting to embrace cultural diversity in the fight towards equality, as can be exemplified by the Black Lives Matter movement this year. We haven’t completely achieved our vision yet, but we are trying to improve as a country, and that’s what matters–each and every one of our combined efforts, together, as a nation.