Honoring the History of Hawai’i 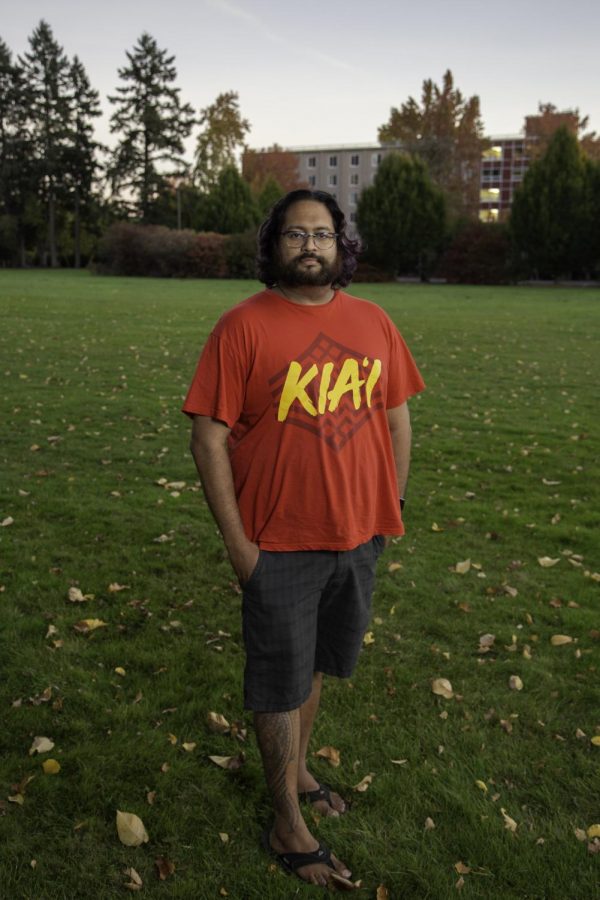 Hawai’i. Perhaps you imagine a luau-themed party, a lei garland around your neck, clear blue waters to splash into. For many Americans, Hawai’i is first and foremost a vacation destination, a holiday resort, a tourist’s dream.

This image and stereotype of Hawai’i is not only factually wrong, but insensitive to the impactful history, oppression and exploitation Hawaiians had to face after the United States overthrew the Hawaiians’ Kingdom and illegally forced Hawai’i to give up its sovereignty to become a state.

In reality, Hawai’i has a full, complex past made up of diverse people, cultures and experiences–and though beautiful– is not necessarily a place of luxury and ease for all of its residents. For Hawaiians, like other Americans, the American dream doesn’t really exist. And if some version of this dream does exist, then it looks different for every individual and the context in which they live.

Patricia Fifita lived in Hawai’i for around 15 years and is currently an instructor in Ethnic Studies at Oregon State University who identifies as a Pacific Islander with Tongan ancestry. She knows all about the struggles Hawaiians face in their daily lives, despite how the state is portrayed in the media to other Americans.

“Hawai’i is incredibly diverse, weaving together a rich history of different cultures and people including the Kanaka Maoli, or the Native [Hawaiians] that originated in the islands, and settlers that arrived later through various waves of labor migration due to U.S. colonization,” Fifita expressed via email.

But Fifita noted that everyday life in Hawai’i is difficult for many people and families due to this past of social, political and economic conflict and struggle that continues to present itself through the structural inequalities that persist in everyday life.

“For example, the cost of living in Hawai’i is one of the highest in the nation, yet most people working—predominantly in the tourism industry—do not receive a livable wage,” Fifita said.

This is something many Americans are not aware of; most people who live in Hawai’i cannot actually afford to live a luxurious lifestyle. Many people are forced to work multiple jobs in order to make ends meet, Fifita explained, and there is a housing crisis exacerbated by outside investors seeking to own and profit off the islands and its tourism industry.

“Hawai’i is also heavily militarized, so a significant portion of the islands have been carved up and restricted from public use due to military build up and installations,” Fifita said. “While Hawai’i is often referred to as a ‘melting pot’ or even a ‘multicultural paradise’, there are clear social stratifications along racial and ethnic lines.”

Given the current social and economic inequalities that exist there today, Fifita added, it is especially unfortunate that the most marginalized ethnic community in Hawai’i are the Native Hawaiians, who have endured the extreme loss of life, land and culture.

According to the 2019 U.S. Census, approximately 38% of Hawaiians are Asian, 26% white, 24% multiracial, and only 10% Native Hawaiians or Pacific Islander.

“While each person may feel differently about it, U.S. colonization and the illegal overthrow are both major historical events and processes that have completely altered the lives and futures of the Kanaka Maoli,” Fifita said.

Williama Sanchez, a Native Hawaiian, works as assistant director for Diversity Initiatives and Programs with University Housing and Dining Services at OSU. He spent the first 18 years of his life growing up in Hawai’i and also noted how Hawaiian culture itself continues to be endangered when the U.S. illegally occupied and took over Hawai’i, overthrowing Queen Liliʻuokalani.

“She was imprisoned in her own home and was forced to abdicate her throne so that no bloodshed would happen in Hawai’i,” Sanchez said. “So we were forcefully overtaken by the United States, and forced to become a state.”

If you really think about it, the U.S. government has exploited and stolen from all Indigenous people. Whether it was the Indigenous people of Hawai’i – Native Hawaiians – or Indigenous groups in the continental U.S., the rights of native people have always been infringed upon.

According to Sanchez, one of the ways Native Hawaiians were forced to assimilate and forget their own heritage was by forbidding the Hawaiian language. His own grandfather was not taught Hawaiian because there was a fear of being persecuted for learning it.

Luckily, one of the things Sanchez was privileged to have growing up was education at a Native Hawaiian private school, called a Kamehameha school. Created by the last princess of Hawai’i,  she created these schools specifically dedicated to Native Hawaiian students, which helped Sanchez stay connected to his Hawaiians culture and heritage.

Now, Sanchez believes that there is a new resurgence of Hawaiian culture and history as he has noticed things like Hawaiians immersion schools and doctorates in Hawaiian language and history becoming more common.

For Morgan Louis-Soares, president of Hui o Hawai’i, doing activities like outrigger canoe paddling and hula make her feel connected to her Kupuna ancestors and Lāhui culture. Hui o Hawai’i is a club at Oregon State University that brings together Hawaiians students and other Pacific Islanders.

Louis-Soares said she loves everything about her Hawaiian culture—the hospitality, the food, the activities and the music. As someone who was born and raised on the island of O’ahu, she noted, similar to what Sanchez and Fifita said, that living in Hawai’i is difficult.

“To be able to be born, raised and find comfortable living here in Hawai’i is such a blessing.” Louis-Soares explained. “I know families who were driven off their land and live in the mainland because they just couldn’t afford to live here anymore. I have had people tell me ‘You live in Hawai’i? Wow, you must be rich.’”

“Hawaiians have been betrayed and hurt so many times over the years that we don’t consider ourselves as Americans—we are Hawaiians,” Louis-Soares expressed.

For example, if you look up hula dancers, Louis-Soares said, she will have a coconut bra and a grass skirt on, when that is not how our traditional or even modern hula is ever portrayed.

This is just one way stereotypes are harmful. Hula is a tradition, a form of storytelling, and an important part of the Hawaiian islands and culture. Real hula dancers have a variety of different skirts, dresses, and loincloths, which are worn depending on the dance, song, and story they are trying to tell.

So what does the American Dream mean to these Hawaiians?

Fifita sees the American Dream as representing a possibility for a better life, although she said it has carried different meanings throughout different points in history. Today, she thinks there is an assumption that the American Dream and its promise of a better life is attainable by all who are willing to work hard, despite their socioeconomic positioning or their ethnic identity.

“In actuality, achieving the American Dream is perhaps more elusive than achievable as it does not often play out the same way for individuals that [are] socially and economically disadvantaged,” Fifita said. “Historically, the concept of the American Dream was based on the Westward expansion of early European settlers and Manifest Destiny.”

This narrative and promise of endless possibility, Fifita said, is still deeply embedded in the idea of the American Dream and continues to largely omit the violent acts of genecide.

For Louis-Soares, the American Dream is different for every individual and what they choose to make of it.

“For me the American Dream would be to live in Hawai’i; being able [to] comfortably support my children and spouse in the future,” she said. “Many people in Hawai’i will work throughout high school and not go to college because they need to make money to help their family to survive. I personally love seeing people from Hawai’i go to college and achieve their goals because it shows that even though they might be struggling financially, they want to make their lives better in the future.”

Sanchez views the original American Dream as an American meritocracy, where people can  move up as long as they work hard and put in their dues. But this notion of it being merit-based is completely false and difficult to attain, as Fifita pointed out earlier.

“We don’t realize there’s a lot of historical context that comes into play to that notion—that you can be whoever you want to be—because people are starting at different points in life,” Sanchez explained. “I think about the analogy of a race and for many cis, white, heterosexual men, they’re starting at way more of an advantage than folks of color.”

So for Sanchez, the American Dream doesn’t really exist, and if it does in some form, then it is specific to the individual and how they want to live their life, which is often in direct conflict with the American Dream the U.S. pushes for.

“Individualistic mentality, right? You have to fend for yourself,” Sanchez said. “You have to survive. And I don’t know if I necessarily want to survive, but I think I would prefer to thrive. And I think thriving for me means being a part of my community.”

Sanchez said that oftentimes, we are told we have to give up a part of ourselves in order to ‘make it’ and be successful in America. But he doesn’t think people of color should need to give up part of their identity to survive.

“If you think about the history behind and the context in which Native Hawaiians have lived—to be continually told that your language is irrelevant to the rest of the world, that you’re told that your cultural practices, your music, your hula, your dance means nothing—is completely false,” Sanchez explained. “We need to recognize that we bring such a gift to the rest of the world, with our language, our culture and our heritage that we need to not feel ashamed about it but bring it to the forefront.”

So in the end, it’s not that the American Dream doesn’t exist, per se. It’s just shifting and evolving to become something more real.

Hawaiians like Sanchez, Fifita and Louis-Soares are making their own dreams – fairer, more inclusive and achievable dreams. Dreams where they don’t have to sacrifice a part of themselves to succeed in society; dreams where Hawai’i has the right to self-determination; dreams where their culture and heritage can be used to inform their experience, instead of exploited or mocked.

Hawaiians are not just making their own dreams, but trying to make America more just for us all, working to remove systematic barriers, and cherishing their culture all the while – so that in chasing your dream, you won’t have to lose yourself.