When is the Right Time to ‘Deck the Halls’? 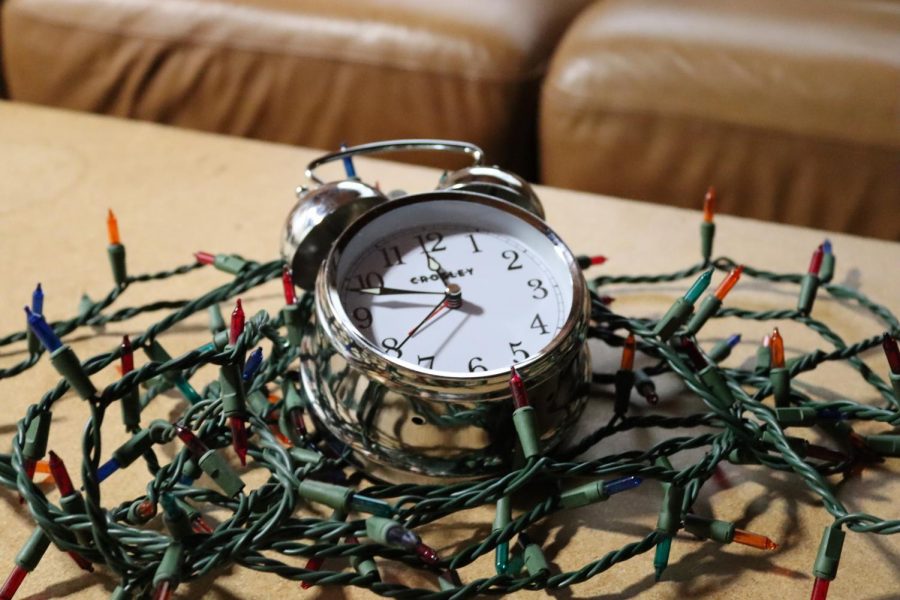 After all the pumpkins have been carved and costumes have been put away from Halloween, is it time yet to start celebrating Christmas? For many, they choose to embrace the festivities early on while others decide to wait until it’s actually December.

As the holiday season comes into full swing, people tend to start celebrating Christmas even before Thanksgiving arrives. This is totally fine of course. People have their reasons as to why they put up decorations early on and start listening to Christmas music in early November whether it relates to tradition or to feel more jolly.

Getting in the holiday spirit can offer a way to lift the stress from students and families who work and go to school and fill them with lots of joy. A study done by the New York Times has shown that over 20,000 people that were surveyed had felt an increase of happiness during the holidays. Celebrating it early makes the season much merrier and can be used as a way to escape our everyday lives.

The prep and anticipation of it is a big part of the fun when it comes to Christmas. In a study, eight out of ten people said they begin preparing for the holidays in autumn when the leaves start to change colors. A study done by Minted has also shown that 54% of those surveyed said that decorating their home is the best way to hype themselves up for the holidays.

Retailers and companies are also jumping in on the festivities with getting ahead of the Christmas spirit. Shopping centers are already being decorated in early November and holiday specials and sales tend to happen just as soon as well. This can be attributed to the business made from early Christmas shoppers who are looking for the right gift for their friends and family.

Although many take pride in celebrating the holiday early, there are people who believe that the time to be festive should be done in December, near the actual time that Christmas takes place.

It was mentioned that indulging in festivities early on helps businesses, but this might not be the case for consumers. According to the National Retail Federation, the average American is expected to spend about $650 on holiday gifts. Because the season comes fast, this encourages stores to increase the prices of their Christmas themed items in order to get more out of the mob mentality that gets their shopping done earlier.

Letting the enthusiasm for this holiday wait a little longer is also better to avoid the burnout from celebrating it too soon. A research showed that from 2,000 Americans, only three in ten people don’t have a problem with seeing holiday decorations being displayed in retailers before Halloween or Thanksgiving.

The holiday can become tiresome by the time December rolls around if the trend of early shopping and unpacking ornaments already continues. The repetition of hits like “All I Want for Christmas” by Mariah Carey and the rerun of holiday movies can undermine what this special season is at its core.

Regardless of if you are the type of person to celebrate Christmas at a more proper time or get into the spirit earlier than others, it is important to remember the reason for the season. This holiday that comes around once a year is meant for you to cherish the winter traditions celebrated and to surround yourself with the special people in your life.