Column: Exploring the Evolution of the American Dream 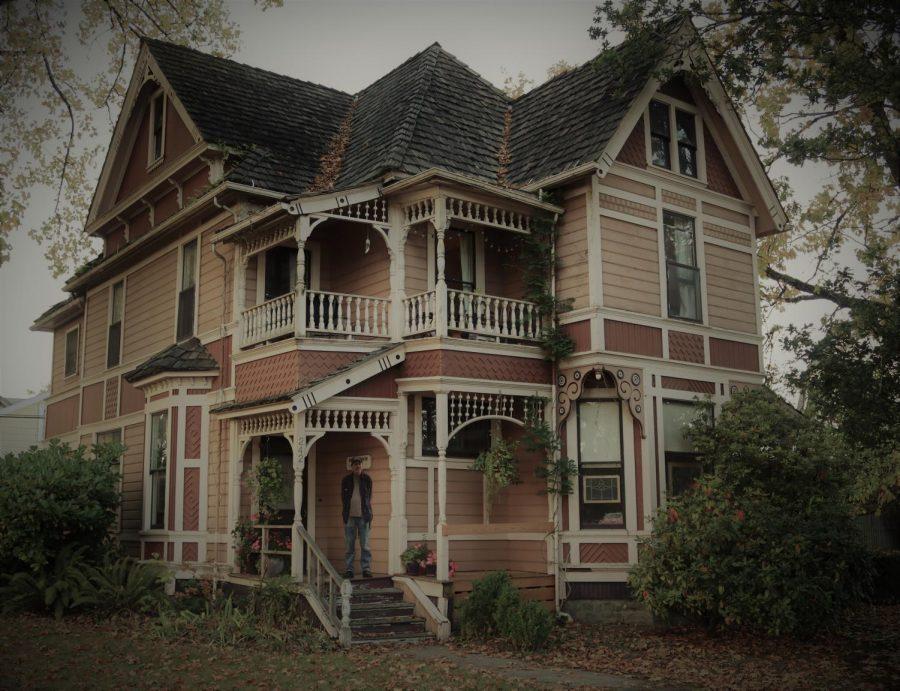 If you Google what the American Dream is, a definition given by Oxford Languages appears. It reads,

the American Dream, noun, the ideal by which equality of opportunity is available to any American, allowing the highest aspirations and goals to be achieved.

So, by one definition, the American Dream is simply an equal opportunity given to all in the hopes to be great. When I think of a time when this term was coined though, I think of white men in tailored suits and gelled hair. I think of Chevrolet Bel Air convertibles driving past a diner with young girls on rollerskates. Housewives with hair placed up tight and a casserole in the oven. White fences. Mowed lawn. Suburban luxury and a bustling downtown. Scotch on ice and a feeling of hope and ambition.

What a time that must have been. One of a society simultaneously building itself into the greatest country in the world while fostering a race war that would unknowingly bleed into our country today.

When I think of the reality of the American Dream I think of turmoil. I think of a country that forgot millions of its brothers and sisters. I think of corporate white CEOs and young Black men taking out their empty liquor bottles. I think of soul music. Grit. Strength and defeat. Women raising children and male anger that can only foster from entitlement.

The American Dream is a lot of things, but most importantly– dead. Well, the original notion of what it used to be at least. In 1931, writer James Truslow Adams wrote of this dream for the first time which focused more on idealism than materialism. Over the decades to come, maybe this ideology held up, but something much more precious was left behind– the right to every American to even have a dream.

Brett Burkhardt is a sociology professor at Oregon State University and he’s taken a research driven lens to discuss the American Dream as it exists today.

Burkhart also states that measuring intergenerational mobility can be done by comparing net worth from one generation to the next. However, this isn’t always the case.

“In particular, African American households are much more likely than white households to be downwardly mobile, relative to white households. The pattern of wealth transmission makes it very difficult for resource-poor offspring to ‘get ahead’ of their parents, which makes the American Dream unattainable for many Americans.”

Kellie Overman, a third year sociology student, gives her insight how she perceives the American Dream in today’s world.

“The American Dream was definitely designed to build up white males and is part of the reason why it is so hard to attain now because it is not inclusive to all. America is a divided country. More than ever, Americans are drastically divided on social issues such as race, gender, the economy, climate change, etc. The division is so stark that it has created an increasingly volatile environment.”

With this being said, Overman still believes that the American Dream exists, there are just a lot of barriers in place that keep it from being easy to achieve–even after all these years.

What the American Dream has become today is something even more beautiful and painful, but that’s because it’s working hard. Let’s circle back to the original definition, the ideal by which equality of opportunity is available to any American, allowing the highest aspirations and goals to be achieved.

Since the 1930s, the climate of the US has become very different, but our values are still the same. We’re fighters for what we believe in. We’re fighting for women’s rights, the rights of minorities and immigrants, the liberation of our LGBTQ+ family, questioning our constitution, questioning ourselves, our way of life. We are still fighting for the freedom of opportunity for all.

So did the American Dream die or did it rise from its own ashes like a phoenix? We’ve always been a country of fighters. Maybe not always in the best way, but I believe our founding fathers fought because they wanted a better tomorrow. A place for our country to grow and thrive. And we have. America is beautiful in all her glory. We have pride in what we are which is why it’s so difficult to realize that maybe what we’ve become isn’t good enough anymore.

Jacob Ryan is a fourth year sociology student who believes that maybe the American Dream is still alive, but has taken a new form.

“I do believe the American dream is still alive today. Although, as a collective society today we are less inclined to focus purely on material possessions, the drive to become financially successful still drives many of the activities we partake in today such as going to college.”

The American Dream has led us for decades like a mantra. A goal everyone keeps in the back of their mind when they’re working two jobs, spending sleepless nights studying, driving their old car until it falls apart. We work for a better tomorrow, but what about today. When I say we are a capitalist society I say Marx was right. We work ourselves into our own graves looking towards the future– but what if we never get there.

The American Dream needs to be revised to take away this idea of building a better tomorrow and focus on fixing the problems of today. It’s hard to admit that our country of freedom is lived with chains around our wrists. Yes, everyone has their rights, but what the American Dream failed to mention is being white means you are many steps ahead to begin with.

“The American dream was designed to elevate a select few individuals as a template for all others to follow and aspire to be. It would be impossible for everyone to reach this state of being as that is not how the core concepts of capitalism operate,” Ryan said.

What about the Black American Dream, the Native Dream, the Latinx Dream, the Women’s Dream? Until every single one of us is included within the dreams of our country it isn’t a dream, it’s a task. We are fighters and we must raise our aim once again not as enemies but as neighbors, as brothers and sisters, human begins–Americans.

We can’t blame generations of the past. It’s impossible to know what you don’t know, and even our society today is probably clueless in the eyes of those who will come after us. But we are smart enough to know better. All of us should be squirming in our seats when we look out the window.

We are a country of equality yet 244 years later, millions scream at the top of their lungs to be seen. To be treated with respect. To be heard. To be wanted. To be cared for. To be valued just as the constitution promised.

The American Dream isn’t a dream anymore, but it can be. The best part about this is that we have the ability to change. We have the freedom to decide that we want something better than what’s in front of us.

We are the new world, the free world, a world where justice is engraved into the foundation of who we are. So let’s not follow the American Dream–let us reinvent it–make it ours again, and make it something we’re proud of that reminds us why we traveled here hundreds of years ago.