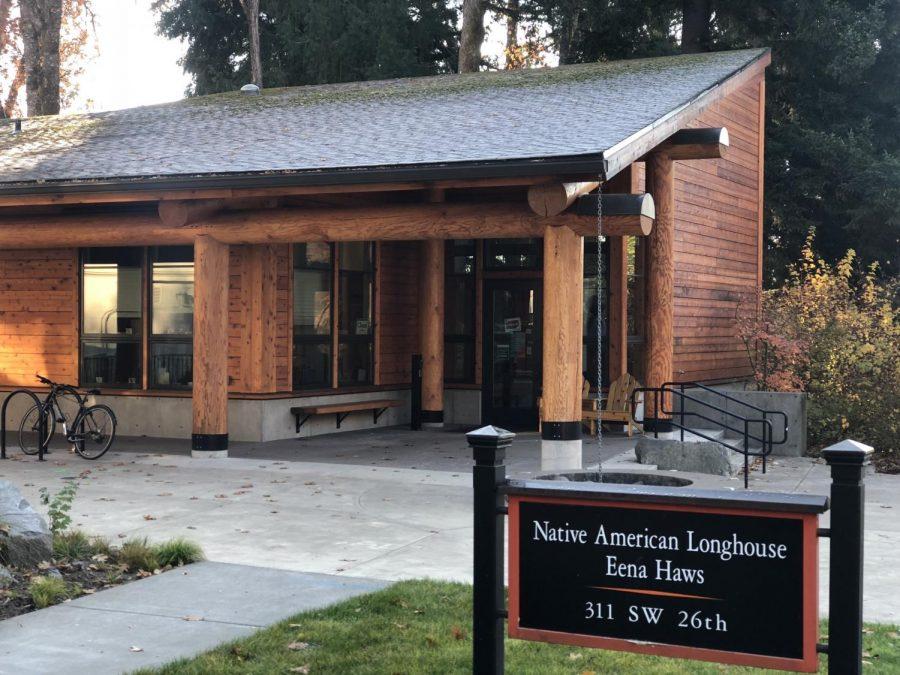 As a child, you may have been told that Thanksgiving was founded upon an autumn harvest feast shared by the Pilgrims and Wampanoag Native Americans. Unfortunately, this jovial view of the past is only part of the truth.

Embedded within are histories of betrayal and catastrophe so extensively poignant that it cannot be covered up and justified by such a simple story.

Yes, the English did set forth on the Mayflower from Plymouth, England, and ventured into the New World in hopes of obtaining wealth, land ownership and religious freedom. It is also true that the Wampanoag Native Americans taught them ways of survival, including how to plant crops and forage food. And, indeed, they did have a three-day gathering and enjoyed a bountiful meal together in 1621, agreeing to form an alliance and protect each other.

However, let us not be blinded by this peaceful beginning, because only less than two decades later, the original friendship between the English and the Wampanoag Native Americans had turned hostile, and the English appeared dominant as Native Americans were devastated by war and disease. Perhaps the Pequot War doesn’t come to mind when you think about Thanksgiving.

But the reality is that Pequot villages were attacked, and an estimated 500 Native Americans were burned and massacred by combined Puritan and Mohegan forces in 1637. The ones who survived were sold into slavery. In fact, the official Thanksgiving was declared following the victory of the Puritans and Mohegans.

Not to mention that King Philip’s War was recorded as one of the bloodiest battles, leaving thousands of Native Americans wounded, killed, or sold into slavery. It was fought by Native Americans to prevent further English dominance and settlement into their lands, but ended at a loss with the Wampanoag chief shot and beheaded and his head put onto a spike.

Another incident was that tens of thousands Native Americans were forcibly removed from their homes and made to walk hundreds of miles to relocate in lands west of the Mississippi River in the 1830s. This was called the Trail of Tears.

These are just a few historical events among many more.

On this day, some choose to gather at the Massosoit statue, named after a Wampanoag chief, in Plymouth, Massachusetts, to remember their ancestors and honor their efforts.

Lara Jacobs is a second year PhD student in the College of Forestry’s Forests Ecosystems and Society Department and a Mvskoke (Creek) citizen with Choctaw heritage. She shares her personal experience about choosing not to practice Thanksgiving, as the history of oppression and assault on Indigenous peoples brings her deep sorrow. Instead, she chooses to reflect on this day with her family.

Similarly, Luhui Whitebear, Assistant Director of the Native American Longhouse Eena Haws and Coastal Band Chumash, is also reminded of the atrocities imposed on Indigenous peoples. Unlike Jacobs, though, she does celebrate Thanksgiving by having dinner with family in remembrance of her ancestors. Whitebear recalls memories of attending the Alcatraz Sunrise Ceremony in past years. This event honors the 1969 protest that gave Indigenous peoples the right to the Alcatraz Island, and holds activities such as singing, dancing, and drumming.

“Traditionally, I celebrated Thanksgiving by going to the sunrise ceremony on Alcatraz Island each year,” said Whitebear via email. “That was my favorite custom growing up because it allowed me to be in ceremony with other Indigenous people to help heal our communities and also commemorate the Alcatraz Island occupation that began Nov. 20, 1969.”

Samantha Chisholm Hatfield, Oregon State University Research Associate who is enrolled with the Confederated Tribes of Siletz Indians who is  also a Cherokee, enjoys eating dinner and spending time with family to discuss stories about their origins on Thanksgiving. Mentions of the past bring her immense gratitude for acknowledging her current state today.

“So many tribal people didn’t make it [Trail of Tears] when they wanted to, and current generations don’t realize the pain, the struggles and incredible sacrifices that have occurred, just to be alive today,” said Chisholm Hatfield via email. “It’s wonderful to reconnect with hearing the wonderful familial serving and thriving that has gone on, to bring us where we are today.”

“Additionally, it’s [Thanksgiving] taken on a very capitalistic, consumeristic aspect to it—over-consumption is promoted in so many ways, which I find irresponsible environmentally, unsustainable and not traditional,” said Chisholm Hatfield.

Therefore, as Thanksgiving approaches us this year, it is important to educate ourselves on the true history of Thanksgiving, which can no longer be disguised by the innocently delightful children’s story. Addressing Thanksgiving from only one perspective is highly unfair to Indigenous peoples.

It’s time to rid ourselves of the stereotypes that have been instilled in our minds since childhood and reverse the damages that have been inflicted upon Indigenous peoples. Only by acknowledging a cruel and unjust past can we work together towards creating an equitable, respectful and all-embracing present and future.