Jyll Everman has one rule in her kitchen: Make it taste good 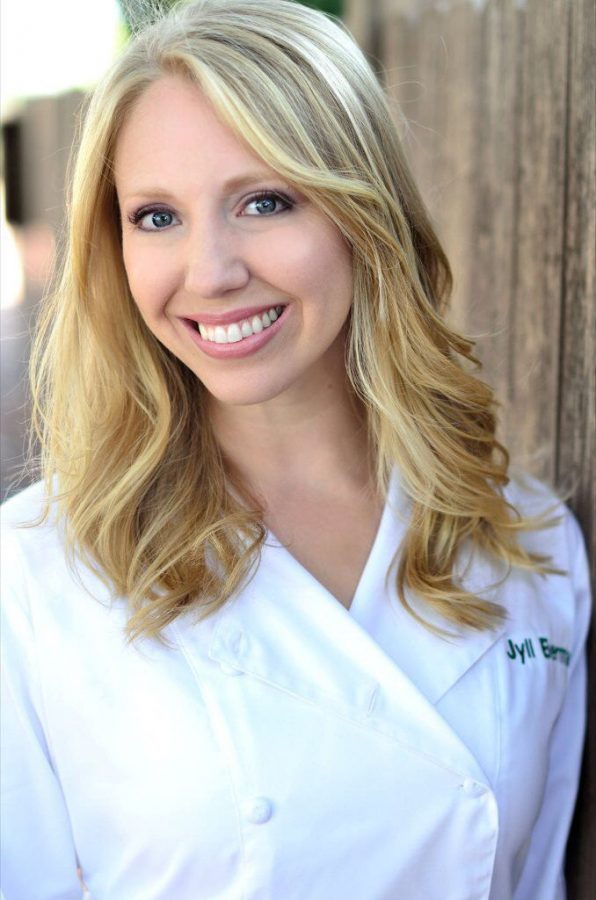 Jyll Everman didn’t know she was going to become a renowned chef, but that’s where life led her. Now thriving in her career even spending time as a Food Network Star– here is her story.

Everman attended Northern Michigan University for two years. Her major? Cheerleading and cute hockey players. Promising her parents she would try college for two years was a compromise Everman was willing to make before her big move. Longing to live in a big city, she flipped a coin between New York and Los Angeles– LA it was.

In lieu of her highly anticipated lifestyle change, she met a boy. A bad boy. A boy that would take a year away from her life and have it end in tragedy leaving her with a small yet significant silver lining. A love for food and dining.

After the end of Everman’s tumultuous breakup, her career took a new path. One full of flavor and competition.

“The breakup was the whole reason I went to culinary school. I wanted to be better than him, and I really, truly loved when he would take me to dinner all over LA and got adventurous with food,” Everman said. “Food was the first thing I was truly drawn to as a possible career.”

Everman’s career may have been rooted in anger, but this drive has proven her well even getting her a spot as a Food Network Star. Interestingly, this achievement came with its own set of quirks and misfortunes.

“Food Network Star was stressful and I was anxiety ridden the whole time, and pretty lonely and sometimes embarrassed. No phone, internet, TV or radio. I truly wanted to go home most of the time,” Everman said. “I auditioned for it on a dare, and the only reason I chose that show is because in the previous seasons, I felt this was a reality show that focused on the food, not the drama.”

Just to Everman’s luck, the format of the show changed just as she arrived, refocusing on the drama and not the food. Funny. In light of the situation Everman did get to meet some of her food heroes after making it to the finals in New York, hero’s who praised her culinary and camera skills.

As a professional culinary artist, Everman cooks for groups of hundreds of people, having to create a dish that can be served to everyone.

“I cook for very large groups all the time, and it’s all about making sure you are keeping the food simple, executing flavors perfectly and being incredibly organized,” Everman said. “Surrounding yourself with cooks that have a passion for food also is incredibly important.”

When it comes down to it, flavors are the most important part and this has become Everman’s mantra. Fresh out of culinary school, she worked alongside a chef, Diesel. When she asked if he approved of her vinaigrette he simply looked at her and asked, “does it taste good?” She responded wearily. “Don’t stop until it tastes good.” Diesel said.

From here on out she kept this with her coining the term make it taste good, or ‘MITG’ for short. Cooking is Everman’s favorite thing to do– plain and simple.

“It’s an amazing way to say I love you, I care, I want to make a memory, I want to be part of YOUR memories. It’s the one things we ALL have in common. We all have food memories we can talk about.”

A new project, sprung from quarantine, is Everman’s virtual cooking classes and meal kits. Everman has begun hosting cooking classes to help other families make these food memories that she holds so dearly. It should be no shock that every single one of her classes sells out, but she remains humbled by the enjoyment she sees of other people eating with their families.

“Watching people’s faces light up when they roll their first pasta, perfectly boil an egg or get to ask questions in an environment where they aren’t intimidated is so fulfilling,” Everman said. “I love taking the intimidation out of cooking.”

Everman believes that the fact that cooking is hard is a myth. Once people can debunk that myth they can begin to get excited about their own food.

Everman reveals that the first dish she mastered was fish papillote, or fish wrapped and baked in parchment paper. This was actually a recipe taught to her by her ex. You know, the bad boy. Maybe the only good thing that came out of that relationship, Everman speculates.

As for her current favorites? Everman is a master at making short ribs and dabbles in homemade pasta.

“I’m pretty great at homemade pastas as well. I make a LOT of fresh pasta at my house,” Everman said.