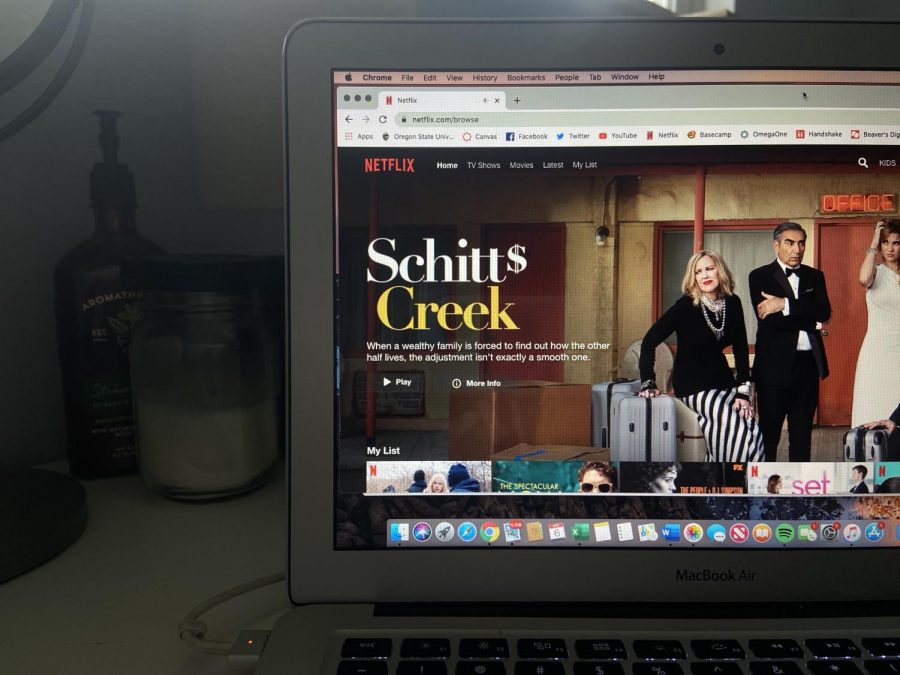 While we are all staying home in hopes to slow the spread of COVID-19, it can be difficult to keep yourself busy. As students, we dream about having enough time to stay home and do nothing, but now that it’s here maybe we all have a little too much free time?

When wandering around your house looking for something to do, you may find yourself mindlessly scrolling the thousands of Netflix movies and TV shows. Luckily we have just the list of binge worthy shows to keep you busy.

“Breaking Bad builds a lot of suspense and it has a lot of character development. There are constantly events that build on top of each other,” Backed said. “There’s a lot of action and some humor to lighten things up, and it shows the extreme that family members will go to to provide and love for each other.”

If you’ve already finished Breaking Bad like myself, try the Netflix special El Camino: A Breaking Bad Movie. This follows the story of Jesse Pinkmanlead exclusively, one of the lead characters in the series.

Wanting something longer? Try Dexter. Bekah Arndt, a Paul Mitchel student, recommends the series for a number of reasons.

“Dexter has a good story even though it’s eight seasons and it gets kinda boring during season five, but it picks up again. It’s a perfect compilation of sad, exciting, happy and emotional but funny,” Arndt said. “Not cheesy, different from a lot of shows.”

She always is a fan of the relatively new Netflix original You, whose second season came out a few months ago.

“You is more romantic, I’d say, but has plot twists that are very intriguing and enticing. They both kind of play with your mind [Dexter and You]  depending on how you look at it when you watch them,” Arndt said. “They have some of the same qualities as far as a good story and characters, simple but complex.”

If you haven’t heard it already, You follows the story through the eyes of a man who thinks he’s doing everything right, but takes it way too far. That’s all I’m going to say.

Looking for a  mystery? Try Locke and Key. Madison Christiensen, a nanny, stumbled upon the series and couldn’t stop watching it.

“It’s super interesting, it’s basically a story about a family with a past they have no idea about. They move into their old family home and start to hear voices, but only the youngest child believes he can hear the voices,” Christiensen said.  “The voices lead them to keys that unlock secret powers and doors in the house. It got my attention and I ended up binge watching the whole thing. I just really enjoyed it because I love mystery and I kept wanting to see what happened.”

My personal recommendation would have to be Schitt’s Creek. This series follows the story of an extremely well off family that has their fortune stolen. They are forced to move to a small town that’s not even on the map and make adjustments to their new, less luxurious lifestyle. I find it hilarious and all the characters are unique, spoiled and loving  in their own way.

Enjoy this list of new shows to binge, stay home and stay healthy.