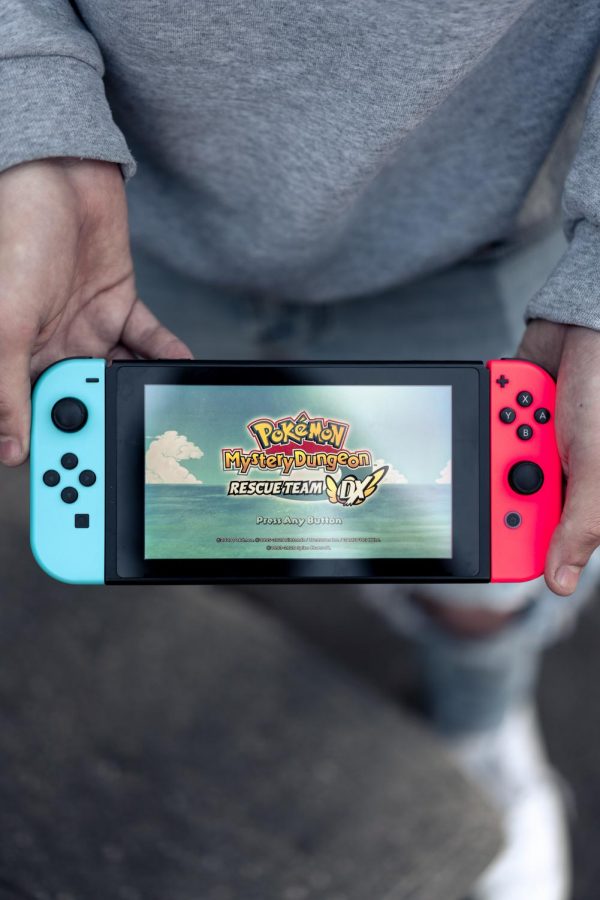 Quarantine sucks, but at the very least it means we’ve all got some time to kill. Thankfully, hot new games are releasing left and right, so there’s plenty to play if you’ve got some extra free time.

“Pokemon Mystery Dungeon: Rescue Team DX” released on March 6th exclusively for the Nintendo Switch. “Rescue Team” is a modern re imagining of the original Mystery Dungeon games that first came out in 2005. Featuring an art direction that puts the mainline games to shame, “Rescue Team” combines the classic dungeon crawler with the core Pokemon formula and an delightfully moving narrative.

When this game was announced, I just about lost my mind. Since we heard nothing about the Mystery Dungeon series from the developers for nearly five years, the series was presumed dead. Then out of nowhere, Nintendo announced “Rescue Team” less than two months before its release.

It’s a remake truly faithful to the original. The game engine and art are all completely rebuilt, but the gameplay and narrative is identical to the 2005 games so don’t go into it expecting a brand new experience. The gameplay is addicting nonetheless.

The basic idea is that you play as a human who’s mysteriously turned into a Pokemon and traverse randomly generated Mystery Dungeons in order to rescue other Pokemon. Along the way you’ll find useful items, fight powerful opponents (and potentially befriend them), and solve the mystery behind your transformation. As the credits rolled, I smiled just as hard as I did when I finished the original.

Two weeks later, on March 20th “Doom Eternal” and “Animal Crossing: New Horizons” released, the former on all platforms and the latter exclusively on the Switch.

“Doom Eternal” is Bethesda’s and Id Software’s sequel to 2016’s “Doom,” where you play as the legendary Doomslayer in his one-man war against demonkind. First person shooters have never been my game of choice, but if there’s one that I could put hours upon hours into, it’s this game. The Doomslayer fantasy is that he’s this unstoppable force of nature whose only goal is to kill anything demonic, and the gameplay embodies this idea beautifully. The first thing you’re told to do is “Rip and tear. Until it is done,” and from beginning to end that’s what you do.

“Doom Eternal is one of the most demanding arena shooters I’ve ever played,” wrote James Davenport in a review for PC Gamer. “It’s a game that teases out and hones every muscle memory committed to my right forearm and left hand fingertips since they graced a mouse and keyboard.”

The answer to every problem you have in “Doom Eternal” is to kill whatever’s closest to you. Need ammo? Kill something with your chainsaw. Need armor? Flamethrower. Health? Glory kill something. You’re presented with these choices one after another at a lightning fast pace, forcing you to constantly adapt and consider what you can do with what’s right in front of you. With a heavy metal soundtrack to boot, it all comes together to make you feel like the ultimate demon slayer.

If demons and violence and heavy metal doesn’t sound like your cup of tea, “Animal Crossing: New Horizons” might be a better fit. “New Horizons” is the fifth game in the mainline “Animal Crossing” series, which launched on the Nintendo Gamecube in 2001. The main idea behind the franchise is allowing the player to build a sprawling community of animals from the ground up. This entry sees the player become the architect of a capitalist tanooki’s pyramid scheme as they turn a deserted island into a tourist hotspot.

“Animal Crossing is a way for me to live a life where my real world problems just aren’t there,” said fourth year student Justin Parks. “The most stressful part is figuring out what type of clothes to wear that day, which I’ll gladly take over anything in 2020 so far.”

On a typical day in “New Horizons” you might decide to put a bench in the town square. For that, you need wood, so you might chop down a tree, and while you’re doing that you might see the shadow of a fish in the water. So, of course, you catch it. Then you catch another. Then one more. And then two hours go by. How did that happen?

It’s easy to get lost in doing whatever you want. “The new crafting system is a lot of fun,” said third year Ben Peachey. “And I like finding gifts for Blathers, my favorite neighbor.”

Some other games to look out for are “Resident Evil 3” and “Final Fantasy VII Remake,” which both released in early April.