Legalizing the “Magic” in Mushrooms 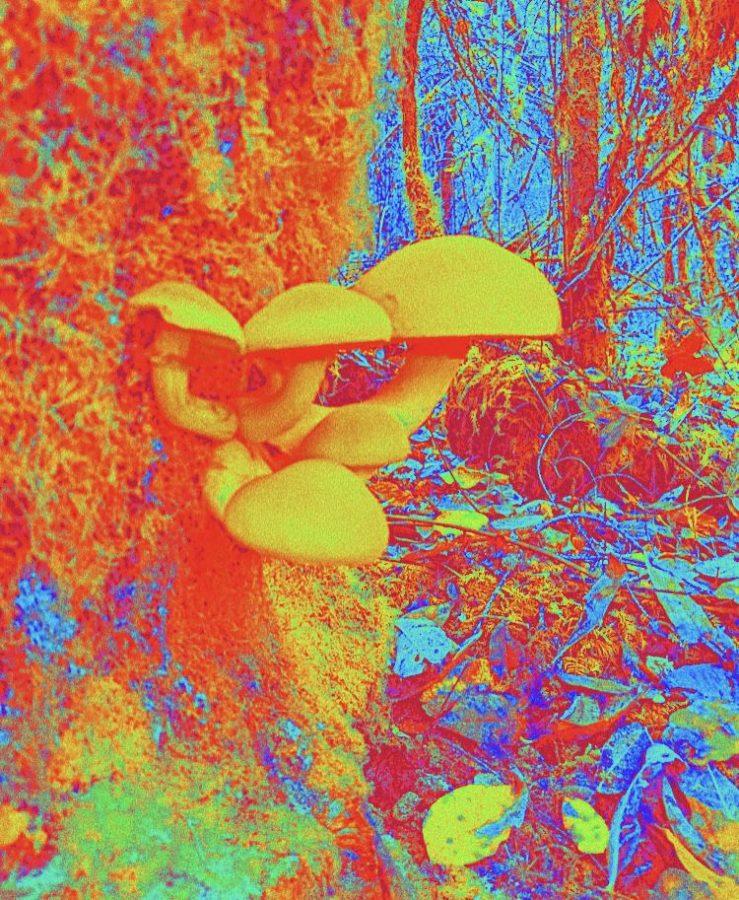 Oregon is on the path to legislating the legalization of psilocybin therapy, therefore keeping the psychedelic experience open to visitors who may or may not have been on this trip before.The progression of the psilocybin measure in 2020 results in more natural healing alternatives for the future.

According to The Oregonian, as of Sept. 6 Oregon has the ability to become the first state to legalize psilocybin services under measure #34.

Psilocybin is the active agent in psychedelic mushrooms that produce the trip, or the high when consumed.

Lizzy Acker with The Oregonian says,

“The initiative won’t mean that “magic” mushrooms are legal at all times and everywhere in the state. Instead, the measure would allow manufacture, delivery, administration of psilocybin at supervised, licensed facilities.”

The Oregon State Mycology Department has had their fair share of research and discussion around psilocybin, but due to the fact that it is considered a narcotic, hands on research has been restricted. According to Joey Spatafora, the head of Mycology at the university, there are numerous spots on the Oregon State campus as well as around the suburbs of Corvallis that contain psilocybin mushrooms. However, it is illegal to forage and possess the mushrooms. Spatafora also talks  about the use of psilocybin as a treatment for terminally ill patients.

“Some therapists use it in a very controlled setting for end of life care. People have reported that it has mental health benefits.” He continues to say that as a professor, he has informed his students of the hallucinogenic fungi,

“I think there is more value in doing research for more therapeutic uses,” Spatafora said.

According to Robert Brusco with Ancient Origins, it wasn’t until the late 1950’s that psilocybin was introduced to the Western world. However the peak of human engagement with “magic mushrooms” manifested in the ‘60s and ‘70s.

“It became closely associated with the contemporary Hippie culture, where magic mushrooms were soon considered to be the gateway to spirituality,” Brusco said.

Elizabeth Hartney, Director of the Centre for Health Leadership and Research at Royal Roads University, Canada, says a mushroom trip is a period of psychedelia from the hallucinogenic drug, where your perceptions of the world change and it can feel as if you are in a new land, therefore you’re taking a “trip.”

Medical News Today discusses the potential of psilocybin being used a treatment for depression and altering an individual’s mental state.

“Psilocybin is a hallucinogen that works by activating serotonin receptors,” Medical News Today says, “This part of the brain affects mood, cognition, and perception.”

The most up to date research and documentary, “Fantastic Fungi” the 2019 nature film, encompasses the healing and sustainable properties that mushrooms hold. Directed by Louie Schwartzberg, the movie is a visionary learning tool for viewers to understand how fungi, aside from psilocybin, can help save the planet.

According to The Third Wave, it is important to be in a place where you feel safe, whether that be the people around you or the general setting. Both of those factors can make a big impact on how the trip will go. Sid Beam, an outspoken user of the fungi, discussed his first-time tripping on mushrooms.

Beam went on to describe what it was like taking psilocybin mushrooms in the ‘70s in Bandon, OR.

“They made a huge pot of spaghetti out of ‘em, for everyone,” Beam said.

While some may argue that taking mushrooms in the outdoors is unsafe, Beam went on to say that his experience in Bandon created a connection to the planet that he had never felt before.

“Even when it wore off the next day, I could go back today and feel the same,” Beam said.

According to Roxanne Khasmi with the NewScientist, Some may feel as if they are having a spiritual awakening when they take mushrooms.

“About one-third of volunteers in the carefully controlled new study had a “complete” mystical experience after taking psilocybin, with half of them describing their encounter as the single most spiritually significant experience in their lifetimes,” Khasmi says.

In nature, users can become hyper aware of what is actually around them, and some may believe that their trip went beyond the limits of existence. The fungi enable a person to disconnect from reality and makes them take a big look at what is really going on.

Terrence Mckenna, a former ethnobotanist, was an advocate for the use of natural occurring psychedelic plants and fungi. Mckenna is well known for the numerous books he wrote on the topic of psilocybin, spirituality, and other psychedelic substances. He believed that people have a connection to the mushrooms, it is the magic in the mushrooms that helped us create language, art, philosophy, religion, and the human culture as a whole.

It was his theory that has influenced many others to believe that with the assistance of psilocybin, there is a strong bond between the earth, humans, and everything amidst.

Mckenna was also known for his practice in Shamanism. Shamanism is the act of reaching an altered state, whether that be through hallucinogenic substance, the practice is believed to help channel different energies and spirits.

While there may be life changing events or awakenings that occur on a mushroom trip, Elizabeth Hartney, PhD, says that individuals may experience a “bad trip.” A bad trip consists of mild to intense upsetting thoughts and hallucinations.

The negative effects of psilocybin include distorted thinking, dizziness, confusion, frightening hallucinations, and paranoia according to Kathleen Davis from Medical News Today. Jeff Goldener, a local Corvallis resident, explained what it was like to be in a car with someone who began to hallucinate while driving people back from a party in the ‘70s.

“We went onto the Interstate and the driver started screaming that all the cars were going the wrong way!” Goldener went on to say that in that moment he and everyone else in the car snapped back into reality because of the massive adrenaline rush. “We were so tripped out that we didn’t know it was actually him that was going the wrong way.”

The ballot title for the psilocybin measure of 2020 wants to legalize psilocybin therapy, therefore administering psilocybin at supervised and licensed establishments. Will legalizing the usage pose more issues with the special fungi? Logan, who did not want his full name mentioned, a resident of Benton County who studied horticulture at Oregon State University, goes on to say that there have been a lot of misconceptions about what the law entails.

“You can’t legally go get mushrooms, but you can legally go to a therapist, have a one on one session with them and you’re not allowed to leave. It is totally different than going to the store and buying mushrooms,” Logan said.

As an individual who has struggled with depression, he said that it was psilocybin that helped him work through it.

“It was really beautiful to see that I had all the tools inside of me, I didn’t have to rely on anyone for that,” Logan said.

He went on to say that the legalization of therapy sessions could potentially limit the freedom a person possesses while on mushrooms.

For those who are interested in finding more information about the psilocybin ballot for 2020, you may click the link below.

For more information on the mycology department and club at Oregon State University, go tohttps://agsci.oregonstate.edu/feature/fungus-among-us.