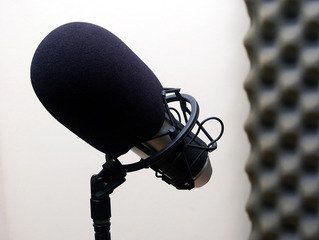 Microphone image is from freeimages.com.

Imagine that as you close your eyes, a satisfying tingling sensation that originates from your scalp slowly bounces along down the rest of your body until it reaches your toes, bit by bit, not missing a single spot. Your breathing slows, and you are enveloped by feelings of calmness and delightfulness.

This is the effect that many experience from ASMR, also known as autonomous sensory meridian response, a trend that has risen steadily since 2013 based on Google Trends data. It can range anywhere from the sounds of whispering to tapping to scratching to chewing and more. Interestingly enough, even reassurance from a pretend boyfriend also constitutes as ASMR.

Not surprisingly, the popularity of ASMR has reached Oregon State University. Hannah Kapoor, a second year student studying Biochemistry and Molecular Biology, spoke about the relevance of ASMR to her life.

“ASMR is like a mindfulness exercise in that it makes a person cut down on distractions and focus on one thing,” Gurung states.

according to Gurung, the act of focusing soothes and slows the body, which activates the parasympathetic nervous system and in turn lowers the amount of stress.

However, the desired effects of ASMR are more easily reachable to some people than others, according to Gurung.

“ASMR is much more likely to help people who believe it will help them,” Gurung said.

It is important to note, however, that Gurung mentions that these explanations for the science behind ASMR are solely suggestions; not enough research has been conducted to give any firm conclusions due to its relatively new emergence, but the anticipation of future studies awaits for more supported evidence.

Now, let’s return to the topic of boyfriend ASMR and explore this new phenomenon. For instance, Youtuber Owen Dennis Riley role-plays a boyfriend to viewers through companionship and affection. This includes offering gifts and food as well as tucking people into bed and settling them down for the night.

Based on the New York Times article “What Does Having a Boyfriend Have to Do With Sleep?” by Kaitlyn Wylde, the personal attention and care from Owen’s videos provides a sense of belonging and support (just what we need sometimes), which, consequently, reduces stress. Comments from his viewers convey their experience from watching his video “ASMR for People Who Cannot Sleep.”

“It’s like the middle of the day, and I’m falling asleep while I watch this,” commented Tava Hooker.

“Idk if it’s just me, but his voice is so soothing,” remarked Kylie.

ASMR could be used as a potential technique for students to stay healthy by easing into sleep faster and decreasing stress levels. This could be beneficial minutes before an exam or on nights when there are consecutive “GO BEAVS” screams all across campus.

Whether you want to destress for a test, or simply relax for a good night’s sleep, ASMR might be your answer. The best way to find out is to try it. YouTube and social media both feature a variety of ASMR videos, and you might just find the one that’ll suit your needs!