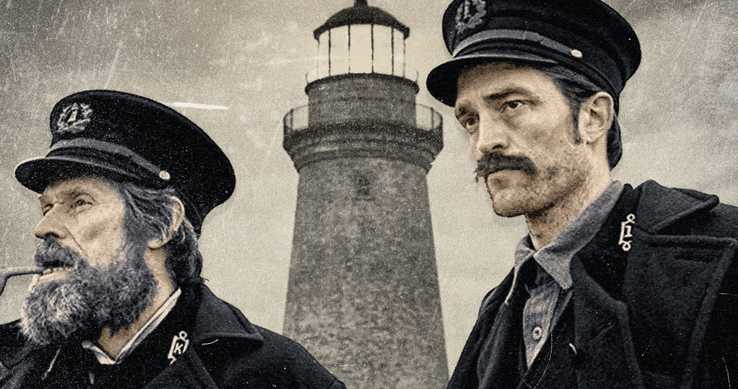 Each scene of The Lighthouse is a quiet meditation on a wide variety of heavy ideas relating to myths, the discomfort of knowing and facing one’s true self, and the tempting nature of mankind’s relationship to sin, only to bring all of those concepts together to finally erupt into an all-consuming end.

Robert Pattinson and Willem Dafoe star in Robert Eggers’ latest film, which follows two lighthouse keepers, Ephraim and Captain Thomas, arriving for their four-week shift on an isolated rock in the middle of the ocean. The two engage in little conversation, wary to share any personal details about their identities, and generally lead a quiet existence together while they endure the menial tasks they are hired to do to keep the lighthouse operational. But the captain keeps the top of the lighthouse tower to himself, forbidding Ephraim from entering, and naturally creating an air of mystery and tempting curiosity.

After tensions begin to build between the two, Ephraim challenges the superstitions of the Captain, whose ideas essentially set the stage for the only conversations they share. The Captain often takes on the role of the weathered sea-loving old timer, always keen on taking any opportunity to use myths and folklore as the basis of his arguments with Ephraim. But there is an unmistakable air of strangeness that looms around him, making Ephraim uneasy and agitated.

Throughout the film, there are moments where viewers are called to question what is real and what is imagined, as the identities of the two characters become muddled in the haze of the mystery surrounding the lighthouse. There are subtle images and moments that are so aptly designed to portray the toxicity of how masculinity is often defined, as well as how the temptation to give in to sinful vices, such as drinking, sex, lying, are all creating a specific brand of inner turmoil that tend to confuse one’s own ideas of identity. The very lighthouse facility itself, is undoubtedly, and perhaps purposefully, a phallic object. Curioser, and curiouser…

What makes this film so interesting is that it so deftly weaves together a number of overarching themes, using historic fables and legends, to tell the story. Pattinson and Dafoe display the height of their acting talent so well, too, that even their actual identities become mere shadows of their true selves. A word of caution for potential viewers: prepare yourself to feel awashed with a new level of mental squeamishness.