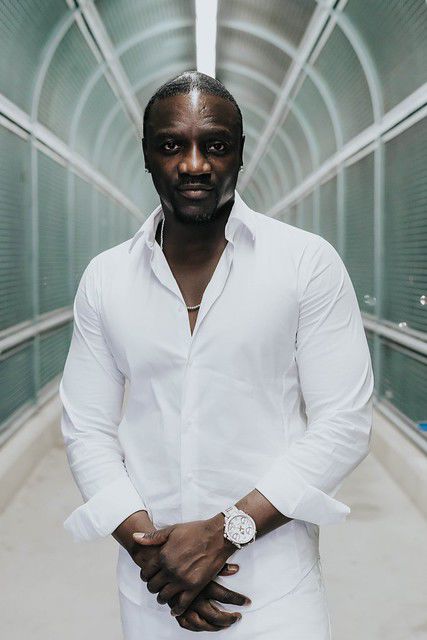 The musician rose to prominence in 2004 following the release of “Locked Up” the first single from his debut album, Trouble. He has broke records being the first solo artist to hold both the number one and two spots simultaneously on the Billboard Hot 100 charts twice, multiple platinum and gold certified songs and five Grammy Award nominations. Not only is he known for his music, but Forbes recognized him as one of the top 100 powerful celebrities back in 2010 and 2011.

Akon has enacted several successful business plans that launched him into the popular humanitarian he’s known as today. One  business is Akon Lighting America. He launched this business after his success in AL Africa, and he hopes to assist the United States in becoming a leader in the Global Sustainable Development Goals.

Akon stated in an online article by the Solar Energy Industries Association, “We are extremely proud to launch Akon Lighting America which will enable us to serve and benefit our country – The United States of America – just like we have done in Africa with our ongoing initiative, Akon Lighting Africa. We are pleased by the overwhelmingly positive response of leaders to embrace a public-private partnership that aims to address the SDGs and help them to reach specific goals by 2030. This initiative, Akon Lighting America, is given further importance and momentum based on the support of institutions such as USC Schwarzenegger Institute, Leonardo DiCaprio Foundations and more.”

According to the website, “AL America is a highly qualified Minority Owned Business holding an Unlimited General Construction and Electrical License in over 15 states. Our company is a full Energy Performance Certificate with a deep expertise in renewable energy project delivery, particularly solar farms, substation design and construction and public utility construction.”

The next business plan enacted was Akoin, a new cryptocurrency, a digital asset designed to work as a medium of exchange that uses strong cryptography to secure financial transactions, control the creation of additional units and verify the transfer of assets.

According to the website, Akoin is the foundation of the Akoin Ecosystem, “a unique global venture that offers an abundance of digital and real-life platforms and tools that create opportunity and inclusion for youth entrepreneurs by allowing consumers to earn, save and spend cryptocurrency right from their smartphone through a suite of blockchain-powered apps.”

The Akoin Ecosystem claims to be an exclusive suite of sustainability and growth-building apps that offer not only immediate but ongoing new revenue-generating opportunities that stimulate micro-exchanges and financial stability.

The pop culture icon wasn’t always the humanitarian he presently is. Akon has faced multiple legal allegations and has admitted to being part of an auto-theft ring. In 2007, he drew criticism for simulating sex on stage with a 15-year-old girl at a club in Trinidad as part of a fake contest. The incident was filmed by Akon’s crew and later uploaded on the internet. He has been criticized by political commentators such as Bill O’Reilly for “degrading women.”

Later in the same year, Akon faced criticism and legal action once more for a “staged” incident. At a concert in New York, a young attendee threw an object towards Akon on stage. The musician had the the crowd identify the culprit and had security pull him on the stage, before Akon proceeded to throw the boy off it into the swarm of concert goers. The artist later claimed it to be a staged incident to set up his next record, but that didn’t stop him from facing charges of endangering the welfare of a minor and second-degree harassment.

Akon has also faced criticism for owning a diamond mine in South Africa. He previously denied the existence of blood diamonds or “conflict diamonds,” claiming that they were a concept created by the movie industry.

In a 2007 interview with Independent in the UK he stated, “I don’t even believe in conflict diamonds. That’s just a movie. Think about it. Ain’t nobody thought about nothing about no conflict diamonds until the movie came out. Where was all that shit before the movie? That’s the problem with people – they believe everything they read or see on TV.”

He has since taken back that statement and now accepts that blood diamonds exist, but that as a partial-owner of an African mine, is dedicated to avoiding the use of blood diamonds and donates profits to local communities in that area.

Whether it is for his music, legal predicaments or philanthropy Akon makes headlines around the world. He will be headlining OSU’s Dam Jam May 31, along with artist, Jesse McCartney. Tickets can be purchased online, student prices are $15, public prices are $35 per person.