Piercings and tattoos bring students a sense of self confidence 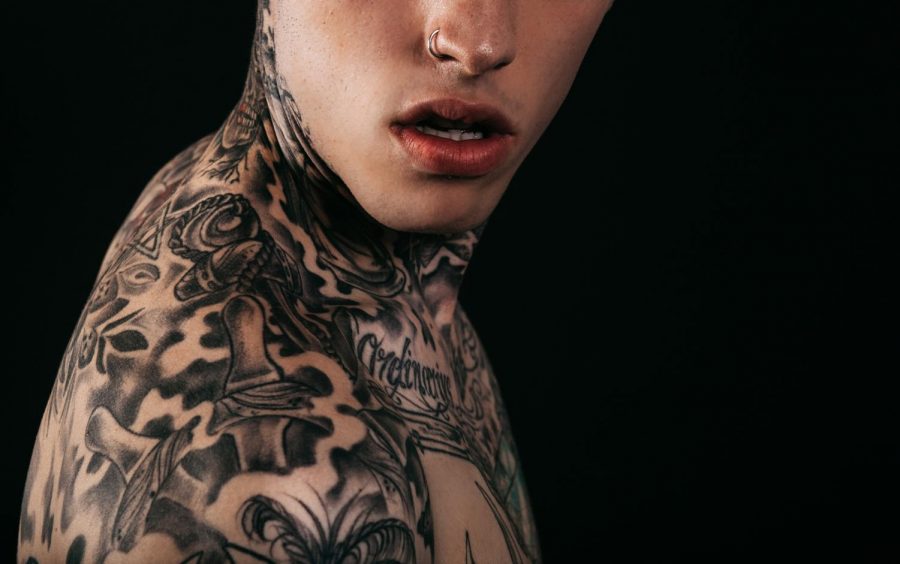 Chances are if you attend Oregon State, you have probably seen two specific shops along Monroe Avenue, High Priestess Piercing and Tattoo, and Sacred Art Tattoo LLC. For some, getting a tattoo during their undergraduate years of college is a right of passage. Some experienced individuals at both parlours gave their take on why tattoos are important to individuals.

For Joey Taylor, who has worked at the current Sacred Art studio for 24 years, believes people get tattoos purely because it just makes them feel better. When asked what he believes were some of the benefits of tattoos and piercings he said, “A lot people believe that tattooing provides a sort of security blanket, so it’s a form of transformation physically, mentally and emotionally.” Taylor revealed that a lot of people get body modifications because it relates to their self-esteem, “I’ve had a lot of people come in to get cover ups, mainly from cutting and mental health related struggles. We’ve also had some memorial tattoos,” Taylor said. He believes memorial tattoos are done sometimes to help with the grieving process, to help keep the memories with whatever is done alive and always remembered.

Taking a look at Corvallis’ other big tattoo and piercing haven for students, High Priestess, piercer Dylan Smith or commonly known by his handle on Instagram, @moddedmind, spoke about his views on the topic. Similarly, he stated that body modifications, “typically make people feel pretty good about themselves, which has actually really helped me a lot with myself in gaining confidence and being able to connect with someone positively.” Smith explained that working at the shop has enabled him to see others grow. He said that he often sees individuals come in for a job their freshmen year, and then a few years later, and sooner or later they’re done with their undergrad and coming in for their third tattoo/piercing. When asked why he thinks students come in for tattoos or piercings, he explained that “a lot of the time you see people and it’s very much a cultural thing. You see, a lot of people adorn themselves in different ways whether it be with a haircut, or a new tattoo that will sometimes get someone confidence they’ve never had before.”

Shay Jolley, 22, who is pursuing a B.A. in English and is expected to graduate this spring, gave a firsthand student perspective on the topic. Shay got her first piercing on her nose when she was a sophomore in high school, and then three tattoos starting with one on her spine her sophomore year of her undergrad. “I was always obsessed with trying to look tougher than I actually am, and I knew a nose ring would do the trick,” Jolley laughed. Jolley mentioned that she received most of her tattoos and piercings on her birthday because at most parlours there is a birthday discount. She said that she doesn’t “think it’s the main driving factor [for getting a tattoo or piercing], but it definitely enables these modes of expression and little boosts of confidence. Being broke and in college, anything half off is a driving factor.”

If you are looking to get a boost of confidence like the professionals and Jolley speak about, be sure to check out High Priestess Piercing and Tattoo and Sacred Art Tattoo LLC located on Monroe Avenue here in Corvallis.

Photography by Clem Onojeghuo (via unsplash.com)