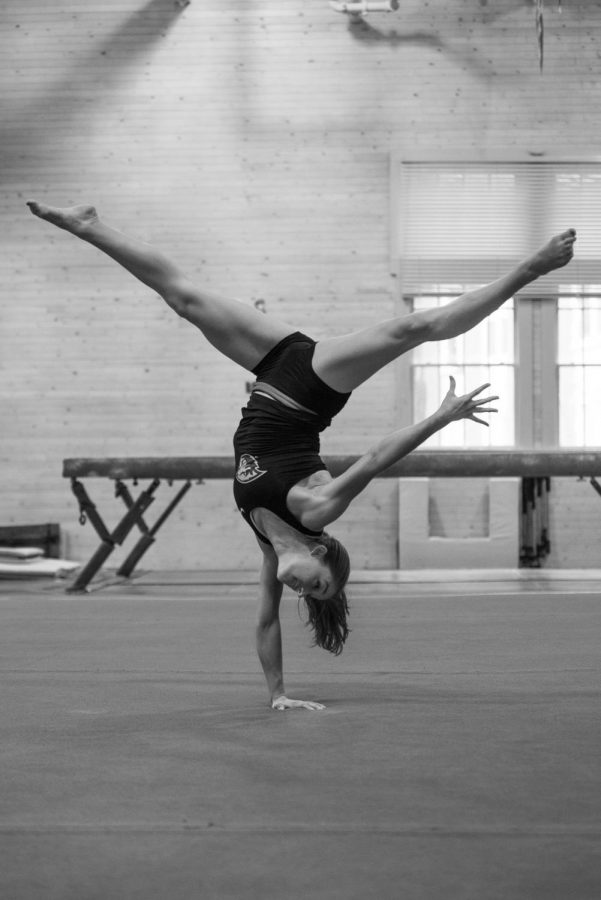 Oregon State gymnastics will be competing against Georgia, Oklahoma and Denver in the semi-finals of the NCAA National Championship on Friday, April 19 in Fort Worth, Texas.

According to OSU Assistant Head Coach Michael Chaplin, the team has been on an adrenaline high since their big win in the regional tournament and the gymnasts have been practicing hard to perfect their skills.

“Definitely still feeling a little bit of that rush from the weekend and we are really excited about going to nationals now,” Chaplin said. “This has been our goal all season long, so we are definitely going to take our excitement from this past weekend and go and give it our best at the NCAA championships.”

The national championship will be the last time seniors, Mariana Colussi-Pelaez, Mary Jacobsen and Mckenna Singley perform their routines in front of a crowd. Chaplin said from the time the players were freshman, academics have been important to the gymnastics program and the coaches have been preparing the girls for the end of their career as gymnasts.

“You definitely have that whole mentality from the beginning that gymnastics will end but you’re here to get your degree. Obviously, all of them are ready to go,”  Chaplin said.

Chaplin added all three seniors graduating this year have big plans ahead of them. Jacobson has been hired by Google as a software engineer, Singley will be attending the University of Utah Law School and Colussi-Pelaez will be attending medical school in Ireland.

According to senior bars, balance and floor performer Mariana Colussi-Pelaez, she is grateful to have another opportunity to compete alongside her teammates. The team’s mindset for the championship is to leave it all on floor and perform their best.

“I am super excited, we really have nothing to lose. I just want to put everything out on the floor and have a good time,” Colussi-Pelaez said.

Junior all-around Isis Lowery said she wants the seniors to go out and have the best time while performing and end their last season on a high. Her mindset for the championship is to take the weekend one day at a time and one event at a time. Lowery added that she wants to give all of her support and attention to whoever is performing.

“We are literally just going out there to showcase the best routine we can, and I think typically that has been our mentality for everything,” Lowery said. “Our season isn’t over yet, so we’re just excited to get back in the gym and get back to work.”