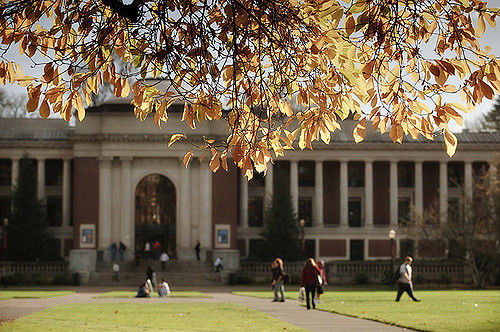 We are all fortunate to attend school at Oregon State University. It has a rich history and is full of trivia. Here are ten cool facts about OSU. How many did you know?

Oregon State University offered a variety of unique pop culture classes including “Is Facebook a Noun or a Verb?” and “Exploring the Biology of Pandora”. OSU created these classes via the director of New Student Programs and Family Outreach in 2010, Kris Winter. She wanted to include these U-Engage classes so the faculty can “focus on something they love and want to explore further,” (Winter) Although these classes were mainly taught in 2010, Oregon State still offers “geek-ed” classes such as WGSS 325, “Disney: Gender, Race, Empire.”

Oregon State University has students represented from all 50 states and over 80 countries. OSU also has a residence hall specifically created for the integration of international and domestic students called the International Living Learning Center. This hall represents the most diverse living space on campus.

The average GPA for Oregon State University 3.46, the highest out of any of the state school in Oregon!

Oregon State University started its intramurals program in 1916, making it one of the oldest campus recreation programs in the nation. We recently celebrated 100 years of sport, leadership and wellness. (Harborne, 2017)

Oregon State University is one of the only campuses in the country with state police and campus police. Why? Because we have a Nuclear Reactor on campus! Since this is such a dangerous piece of equipment, Oregon State needs more law enforcement available. This extra safety measure is just another benefit of attending this wonderful school.

Oregon State University rocks at science and we can prove it. OSU is one of the only two schools to receive the Land, Sea, Space and Sun Grant. Each of these grants allows OSU to expand on their teaching, research and educational missions throughout the school.

Panda Express’ co-creator and CEO, Peggy Cherng, attended OSU to get her B.S. in Applied Mathematics. Next time you eat at Panda Express, you can thank OSU for helping develop the mind that brought you this popular food chain.

Masblue was discovered here at OSU! A graduate student, Andrew Smith, was “exploring the electronic properties of manganese oxide by heating it to approximately 1200 °C” (The Story of YInMn Blue) and discovered the amazing new blue hue which came out of this experiment. Since the discovery, Masblue has been used for many OSU artists’ projects along with inspiring a new Crayola crayon color, replacing their “dandelion” yellow crayon.

In 2017, The Daily Barometer, OSU’s Newspaper, won the Associated Collegiate Press Pacemaker Award, also known as the Pulitzer Prize of college journalism. Since OSU does not have a journalism major, it is very impressive that Orange Media Network has won national awards while they “compete against students from some of the most well-known Journalism schools in the country” (Baltz).

Benny the Beaver was created by Ken Austin. Although the proposal for a school mascot did not originate with Austin, he took the creation into his own hands. When speaking about the name creation, Austin mentioned, “after a few beers with Bill, I might have said, you know, why don’t we call him Benny cause I was called Kenny!” (Austin). Austin also created the first Benny Beaver mascot costume and it has continued to improve and change into the Benny we know and love today!

There are so many fun things to learn about your school and with a little digging, you can find more fact gems. For more information on the facts listed above, please visit the following sources to find out more about our esteemed school. Go Beavs!