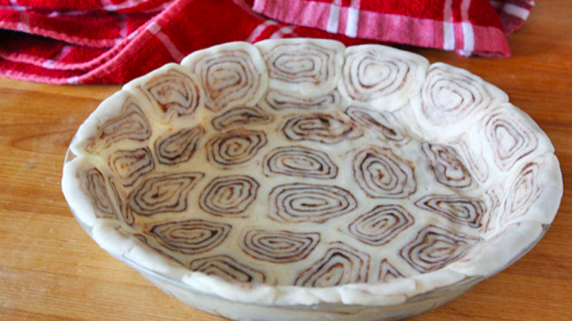 Image via The Food Network

In need of a last minute recipe to bring along to a holiday potluck this season? Here is a  show-stopping recipe that you can put together in minutes and show up with a beautiful dessert that looks like you spent hours on it.

Next, mix the apples with the cinnamon, sugar and cornstarch. Pour apple mixture on top of crust. Roll out the remaining cinnamon rolls to create a top crust. Cover the pie with aluminum foil and bake for 35 minutes. Remove the foil and continue baking for 10 more minutes.

After allowing the pie to cool, drizzle the top with the packaged cinnamon roll icing.