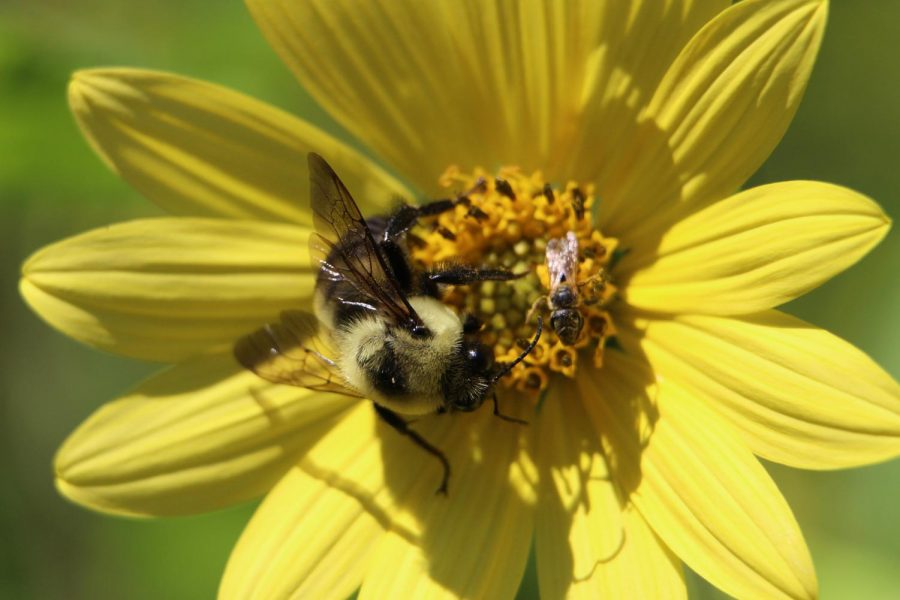 Bee kind to to the black and white bumbles this spring by planting in their favor. With bees dying at an alarming rate, scientists and bee enthusiasts are coming up with strategies to help keep those pollinating buzz buzzers alive. Research shows that there are several ways to blossom their population this spring.

According to “Queen of the Sun,” bees are trying to send the gardeners of the world a message. Bees are losing their habitat due to the growth in monoculture-based farming practices and globalization. “ Just planting flowers in your garden, yard, or in a planter will help provide bees with forage,” the site argued.

They also encourage readers to not pull of those pesky weeds in the garden; the bees pollinate on those as well. Just let them bloom, give the bees time to spread their magic, then snip away. “Queen of the Sun” also talks about the importance of buying local grown products, non toxic pesticides, and spreading the awareness to friends and neighbors.

Rolling Stone Magazine wrote an article about these buzzing bumbles back in 2015. They state that an average of 30 percent of hives are dying each year. “It takes 60 percent of all the commercial honey bees in this country just to pollinate the almond crop in California,” said Rolling Stone.

Pesticides and pollution has played a large role in the loss of these critters. Crops will suffer, and farmers will lose profits. Rolling Stone argues that most of the mass losses happen in the summer when bees are supposed to be thriving, but instead their numbers are diving.

Spring time planting has been a big contender in saving the bees, and according to the The Honey Bee Conservancy, there are some specific plants that bees are attracted to. They say that gardeners should plant about three different types of flowers in their garden to ensure that they will bloom. This spring time list contains crocus, hyacinth, borage, calendula, and wild lilac.

They also recommend leaving out fresh water of some kind. “Bees need a place to get fresh, clean water. Fill a shallow container of water with pebbles or twigs for the bees to land on while drinking,” said Honey Bee Conservancy.

Bees are small, mighty creatures that are beneficial to our daily lives. “Every little bit can help to nurture bees and other pollinators,” said Honey Bee Conservancy.