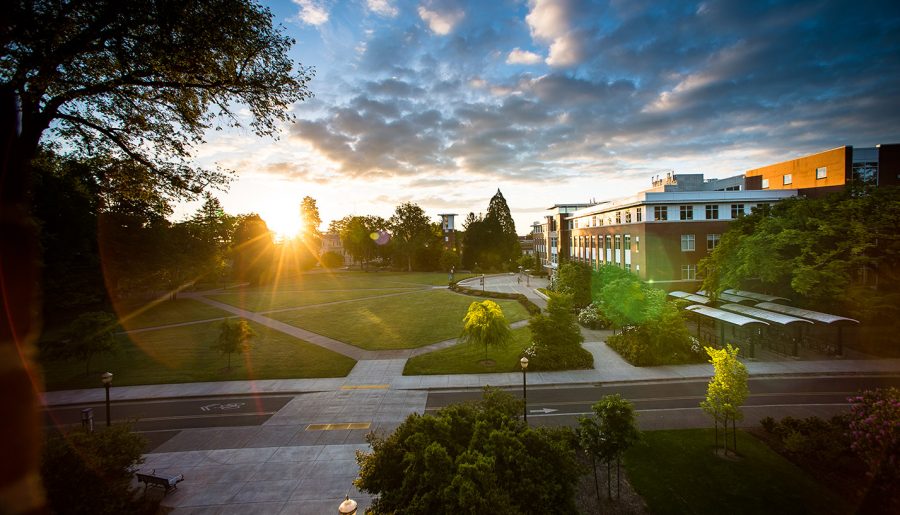 The men and women of Oregon State’s mock trial team work hard to prepare arguments and ready cases to compete in competitions with other universities. Participants in this courtroom simulation practice up to six hours a week, starting in September in order to be ready for competitions in October. Chip Campbell, president of the mock trial team said,

“We tour the Pacific Northwest, competing against other universities and colleges, training ourselves to be better competitors, better leaders, and better lawyers.” The hard work the teams puts into training for competition leads to success in tournaments.

Recently, the mock trial team has done immensely well compared to previous seasons. Ryan Maza, a member of the team, talks about their success.

“This past year Oregon State has made history, placing in the top three at every tournament this year, and has now qualified to travel to the open round championships in Los Angeles.”

This new uptick in performance has helped to cement Oregon State in the mock trial field,

“As a university without a law school, and in-turn minimal (but immensely appreciated) support or funding, Oregon State Mock Trial has struggled to compete against some of the better teams in the western states, and have typically been considered an ‘underdog.’ This year our team has claimed a formidable reputation, as well as the trophies to show for it.”

This reputation as a viable competitor has led to fierce competition from other teams, and a new rivalry between some of Oregon’s universities. “Something we have called ‘Waddlegate’ occurred,” Lauren Guidry, a newcomer to the team said,

“University of Oregon invited us to a friendly scrimmage to get better before our teams all traveled to regionals. When we arrived we realized that they put us up against their worst teams and filmed us. They had their A team watch us for our strategies so that when they went against us in real competition they would have the upper hand. When we found out this happened our biggest goal as a program became beating them at regionals and getting a ticket to Open Round Championships instead or above them. We achieved that goal and I’m very willing to uphold this rivalry in the coming years.” This ‘Waddlegate’ has led to a new but not unsurprising rivalry between the two teams.

Despite their success, the OSU Mock Trial team has faced many challenges. Funding being their biggest issue.

“As I previously mentioned, due to the fact that Oregon State does not have its own law school, and furthermore minimal coaching or funding,” Maza said, “it has been very necessary for our team to dedicate quite a bit of extra work and take advantage of every opportunity we can find. We hope to find the means of securing additional funds so that our members no longer are forced to pay out of pocket when traveling a long distance to tournaments.”

The lack of a law school at OSU doesn’t put down the mock trial team, everybody works hard to represent the university and do the best they can in competitions, as can be seen by their performance this year. Campbell expresses his concerns about the lack of awareness the team has within the student body, “Mock Trial is one of the best forms of preparation that any pre-law student can have, and every year I meet many students who are planning on going to law school, but have never heard of our team.” While mock trial is aimed at preparing pre-law students for law school, the team openly accepts people from any major.

“I would point out that our founder, Aleia Kim, is a biochemistry and biophysics major, who is currently preparing to get her Master’s degree from UO in semiconductors,” Campbell said, “The raison d’etre of mock trial is to teach students litigation techniques, but much of the skills it inculcates towards that goal (e.g. public speaking) are universal.”

All the members of the mock trial team express the fact that the team is full of a diverse group of students. Whether it’s gaining the confidence to speak in front of a courtroom or in front of your fellow scientists, Oregon State Mock Trial is there to help students build the skills needed to succeed.