The History of MLK Day 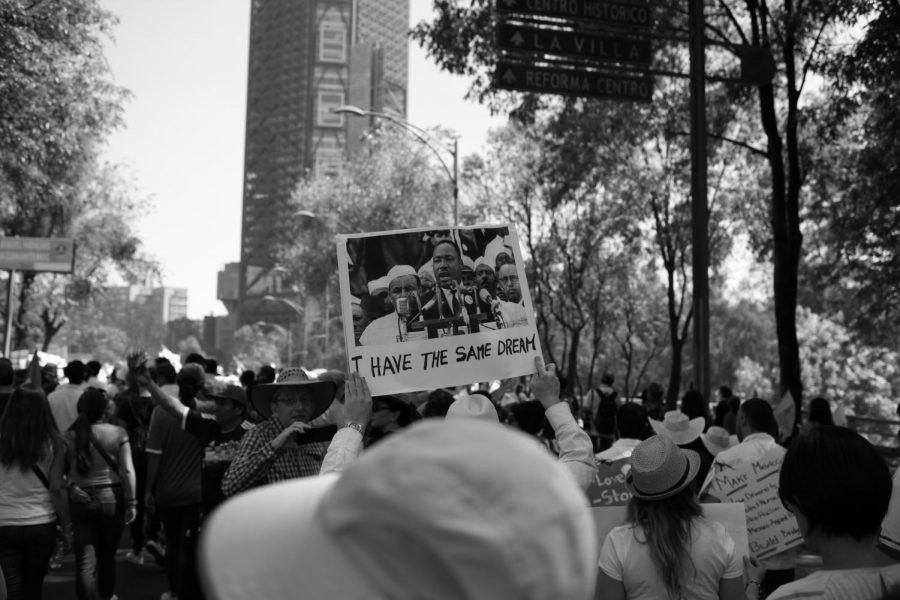 Once a year on Dr. Martin Luther King Jr.’s birthday on January 15th, people pause and remember what the Civil Rights Activist did for the movement and recognize how his accomplishments have inspired work in future activists. On Nov. 2, 1983, President Ronald Reagan signed the King Holiday Bill into law.

King made strides in practicing nonviolent leadership within the Civil Rights Movement. King was a pastor of a church in Montgomery, Alabama. In 1954 he was a member of the executive committee for the National Association for the Advancement of Colored People. In December of 1955 he led the first large nonviolent demonstration of the time in the U.S. He organized a bus boycott that lasted 382 days. He continued to take leadership roles to further the Civil Rights Movement for the rest of his life, until he was assassinated on April 4th, 1968. King’s unforgettable speech “I Have a Dream” has become very famous, as it made a huge impact on the Civil Rights Movement, and is still very much talked about today.

The fight to make the day a national holiday was a struggle. In the months after King’s death, there was already legislation introduced to try to make King’s birthday a federal holiday. Individual states, such as Illinois, Massachusetts, and Connecticut began celebrating the day after passing their own bills. For years, Congressman John Conyers Jr. of Michigan, and King’s wife Coretta Scott King, worked hard to find enough support to be able to pass the bill every year. There were petitions with millions of signatures to make the holiday official, and Stevie Wonder wrote the song “Happy Birthday” about King, which helped the bill gain more support.

In 1983, Civil Rights Movement activists joined together in Washington to commemorate the 20th anniversary of the March on Washington, when the “I Have a Dream” speech was given, and finally enough support for the bill was there. The legislation again made it to the floor, where it was filibustered by Republican Senator Jesse Helms, who tried to introduce a smear campaign against King. The day after the filibuster, the bill was passed 78-22, and President Reagan immediately signed it into act.

However, observance from every state took some time. In 1986, only 27 states and Washington D.C. celebrated the holiday. Arizona did not vote to recognize the holiday until 1992, despite pleas from President Reagan and the governor at the time Evan Mecham. Additionally, the NFL moved the Super Bowl XXVII from Arizona to California in protest.

Today the holiday is celebrated throughout the country. At the OSU campuses, to celebrate and reflect on the service that Dr. King provided, there are events throughout the week. On Monday the events will kickoff with a Peace Breakfast, the annual keynote speech and peace march. There are even more events throughout the day. The day as a whole is regarded on campus as a day of service. In his email to the students of OSU, President Ray states “These events and your engagement will speak loudly to OSU’s mission and values as a land grant university to welcome and support the success of all students, faculty and staff. Moreover, they will serve as testimony to our commitment to not only talk, but also to act, in the pursuit of social justice, diversity, inclusivity and educational success for all, including immigrants to our nation… Discriminatory, hateful and even vulgar speech by national and world leaders should not define America or any of us. When it occurs, we remember, as Dr. King said, ‘Darkness cannot drive out darkness; only light can do that. Hate cannot drive out hate; only love can do that.’”

You are invited to join the members of the OSU community to celebrate the holiday. Whether you participate in the breakfast, the march, a project, a workshop, or just take a moment to pause and think about the strides of the Civil Rights Movement and the strides we still need to make at this time. Monday is about more than just the fact that we have a day off of school; we should recognize the reason the holiday exists.

Photography by Jeronimo Bernot (via unsplash.com)