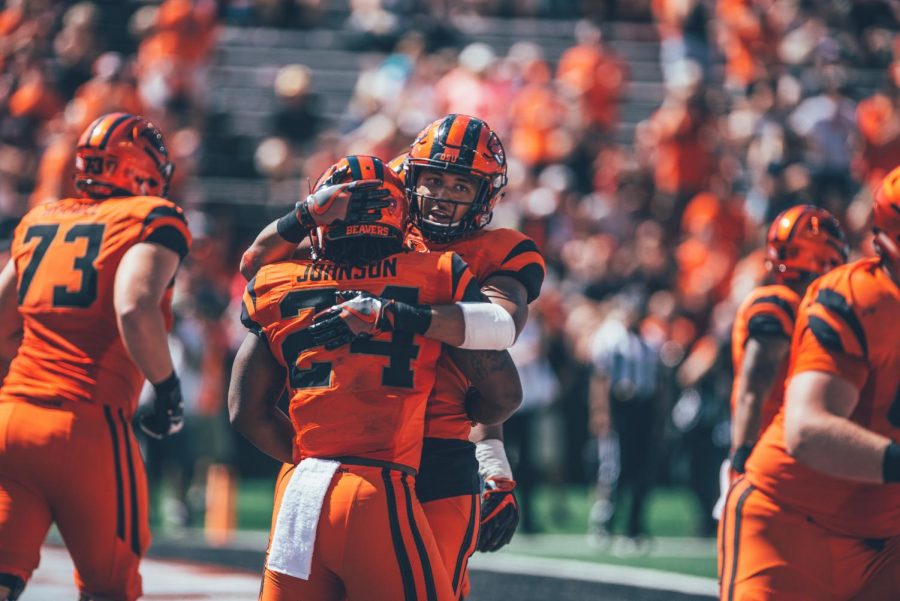 November 26, 2016. A day that has gone down in history. 34-24, Oregon State University  Beavers take down the University of Oregon Ducks for the first time since 2007.

In what started out as an insignificant game day in Corvallis, overcast, occasional sun breaks, and not too cold, turned into a storm in more than one way. Sheets of sideways rain began slamming down on the fans in Reser, but the storm of the “Wrecking Nall” had begun slamming down on the Duck defense. With four scores on the game, coming back to win after being down 10 points, running back Ryan Nall became the hero of Beaver Nation.

This Saturday. 4 pm. Eugene, Oregon. The Beavers and the Ducks will meet again one year later and that same fight will be fought again. Although the records of these two teams may look slightly lopsided (1-10 Beavers and 6-5 Ducks), their performances against the same teams indicates a tough game to be played. After a 49-7 blowout by Stanford, the Ducks had to watch the Beavers out play the Cardinal the following weekend at Reser.

The Oregon State team has absolutely no quit. Game day after game day, practice after practice, the men of iron play till the very last snap. They’ve been preparing for this game all season and nothing brings out a great game like a rivalry. It’s no secret the Beavers are a second half team, so the Ducks will have to play them hard all 60 minutes. With multiple second half rallies under their belts, consistent offensive pushes and defensive stops can be expected down to the final seconds. It doesn’t matter what the Ducks can bring to the line of scrimmage, the Beavs know how to push right back, whether on the offensive or defensive side of the ball.

Nothing can compare to that feeling from November 26th. The energy radiated through Corvallis and was electric in Reser, and that addictive feeling will be back this Saturday, the 25th in Autzen. Even though the Beavs won’t be playing, and winning, once again in beautiful Reser, we won’t be far. Get your friends together, eat some pigs in a blanket, and deck yourself out head to toe in Beaver gear. This year’s game will be nothing short of thrilling and we can’t wait to see what happens. It’s the Civil War. Anything. Can. Happen. Get loud and go Beavs!