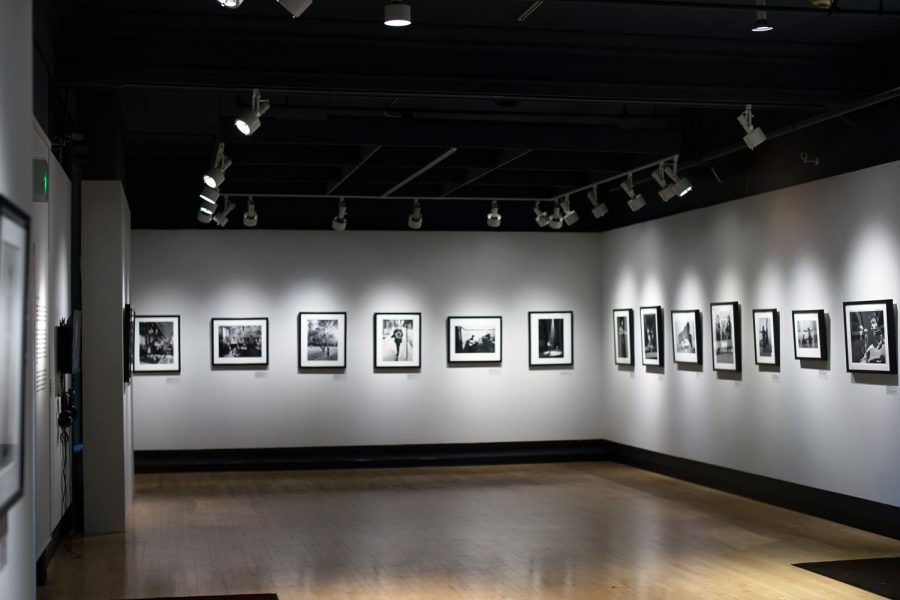 Fairbanks Hall on the Oregon State University campus is often home to brilliant works of art. Ranging from photography, to paintings, to installation art, Fairbanks’ main art gallery always has something new to look at and admire. Currently, Fairbanks is home to Daniel Kramer: Photographs of Bob Dylan, an in depth recounting of Bob Dylan’s transition from folk singer to full on rockstar. Daniel Kramer is a noted portrait photographer who got the priviledge of photographing Bob Dylan during his rise to fame in 1964 and 1965. Kramer followed Dylan through some of the most pivotal times in his personal life and career, capturing any and all that occurred because of this. “It was the first time in that genre that there was a document of one person in the music business,” Kramer said. Kramer’s photographs offer a way for all people to get an intimate glimpse into the life of someone so well known and so well loved.

Whats fascinating about this exhibit is that you don’t need to be a fan of Dylan or even really know much about him to appreciate the excellence of the collection. As you make your way through the Fairbanks exhibit, Bob Dylan songs quietly serenade you in the background. It is easy to be captivated by the stark black and white film photos that fill the room, showing moments such as iconic concerts to intimate backstage occurrences. On another wall, there is a T.V. with headphones where you can listen to Kramer discuss his work in his own words.

Prior to becoming Dylan’s personal photographer, Kramer knew next to nothing about the artist. After hearing one of his songs however, Kramer was hooked. Kramer shared, “I said, those are the lyrics of our best poet,” and from then on, photographing Dylan became a fiery passion. Kramer recounted how it was not always easy working with others, especially during such a pivotal time in one’s life.  “You’re only half the deal, your subject is the other half…they have to be willing to expose themselves,” Kramer said. This concept is exactly why the partnership between Dylan and Kramer worked and you can see the respect and trust between the two represented in the photographs.

Oregon State University is beyond lucky to have this show on display on our campus, which is presented by The GRAMMY Museum®. The show runs in the main gallery on the first floor of Fairbanks Hall from now until November 30.