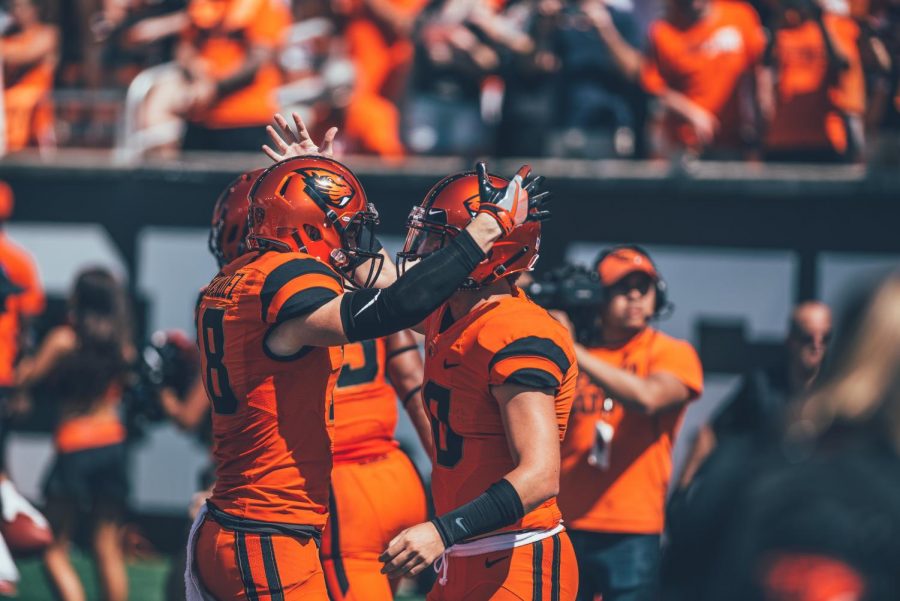 If you haven’t been at the past two football games, you’ve been missing out on some seriously exciting football. With the surprising separation of Oregon State Football and former head coach Gary Andersen, the future of the season had a large question mark looming over it.

After only two and a half seasons with the Beavers, coming from the University of Wisconsin, Andersen and Oregon State Athletics have parted ways in a mutually agreed upon decision. In what was described as “unprecedented in major college athletics” by OSU Athletic Director Scott Barnes in the press release, Andersen and the Beavers severed the contract that would’ve kept Andersen in Corvallis until 2021. Both parties involved feel this decision, while sad, is best for the team.

Amongst the chaos of Andersen’s departure, the team still has a season to complete and they have not let the shock of losing their head coach affect them. In fact, these past two games against Colorado and Stanford have been the two most exciting and well played games so far this season.

Even though those two games ended in losses, they were nothing short of thrilling. In addition to the perfect fall football game weather, the energy in Reser was electric. In the game against the University of Colorado Buffalos, the clock ran down to the final seconds and resulted in the loss after a missed field goal. The Beavers fought hard every second, never letting up against the Buffalos. Against highly favored Stanford, it was an unfortunate fumble by the Beavers in the final minutes that was recovered by Stanford that allowed the Cardinal to put themselves one point up on the Beavers. However, Reser Stadium was absolutely rockin’. Not a single member of Beaver Nation wanted to leave the stadium before the game ended.

Aside from the game against Portland State, where the Beavers won by three points, every other game has had a point spread of at least 28. But these past two games were lost by three to Colorado and only one Stanford (which we take this opportunity to remember Stanford outscored the Ducks 49-7). Clearly, the Beavers aren’t allowing the hectic situation of losing their coach hold them down or impact their ability to play. They’ve been embracing the crazy and been using it to their advantage. They’ve taken it to the field and showed confidence in their playing.

The Beavers have come out fighting and have given some of the most exciting performances Beaver Nation has seen all season. Go Beavers, and we hope to see you pack the stands at the next home game on November 18th against the Arizona State Sun Devils! We cannot wait to see the next thrilling game of Beaver football.