Beaver Football: What to Expect for the Season 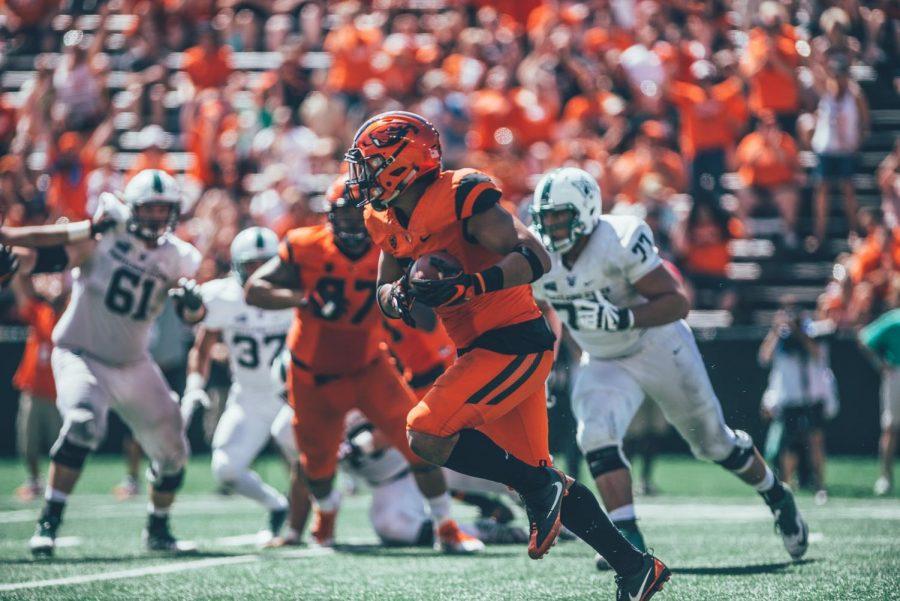 Alright ladies and gentlemen of Beaver Nation, the week has come and gone, the dreaded week of the “bye.” There are few experiences more beautiful than that of a game day in Corvallis, and we Beaver Believers have been robbed of that for two weeks in a row. First, away at Washington State, then a week of no Beaver football whatsoever. Tragic.

Well, as luck might have it, game day returns to Corvallis this Saturday against University of Washington.

Last season ended on the highest of high notes: beating those Ducks. Finally, the Civil War trophy was returned to its rightful home in Corvallis. This season has had a bit of a rocky start, but we have no fear that our Beavs will pull through.

The Beavs have a tough schedule coming up, first versus #6 University of Washington (Sept. 30), then at #5 University of Southern California (Oct. 7). The Beavers will finish out the season playing other Pac-12 teams, most of which have winning records on the season. Despite this, we have faith in our Beavs!

In addition to the difficult schedule looming upon us, the Beavers’ starting quarterback, Jake Luton, suffered a thoracic spinal fracture during the fourth quarter last week against Washington State, which is no doubt a season ending injury. That being said, head coach Gary Anderson still has hopes for the season. Anderson told Sean Frye, of ajc.com sports, he hasn’t “seen any type of quit. Their care factor is still very high, and [he doesn’t] expect any of that to change.”

Setting all of that aside, the Beavers have one thing on their side no team can take away: the most loyal fan base. Beaver Nation never fails to show up for our boys. Beaver Believers show up rain or shine, and that is a fact that won’t change any time soon. We love Beaver Football and can’t wait to prove those doubters out there wrong. It’s our turn now football fans! Let’s deck ourselves out in orange, eat some orange food, and get loud. Let’s bring home some wins.