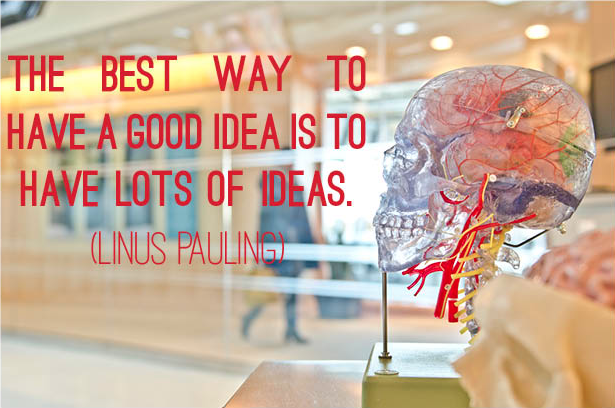 Every year on February 28th, Oregon commemorates the life of Linus Pauling. A man whose name may be familiar to many OSU students, but whose life and contributions, both to OSU and to science are sometimes less widely known.

Here on the OSU campus we have the Linus Pauling Science Center and the Linus Pauling Institute, which focus on continuing the work started by Pauling in the field of nutrition and health science. Linus Pauling is often regarded as one of the most important Chemists in the history of science and his contributions changed the way chemistry is taught worldwide.

Linus Pauling was born February 28, 1901 in Portland, Oregon and between 1917 and 1922 attended OSU to study Chemical Engineering. During that time Pauling studied, taught classes in chemistry and quantum analysis and was a founding member of the Delta Upsilon fraternity. Following graduation Pauling moved to California to study chemistry and mathematical physics at Caltech, eventually earning his Phd., and worked with scientists in the field of quantum mechanics in Europe.

It is not easy to list the accomplishments of Linus Pauling because his research and discoveries were extensive and varied. He is often regarded as one of the most important researchers in immunology, the branch of biology or medicine associated with immunities, due to his vast research into the structure of hemoglobin and the genetic nature of sickle cell anemia. Not to mention discovering gene traits that helped lead to the discovery of DNA several years later. Pauling also made huge strides in the understanding of chemical bonds, finding that the magnetic properties of an atom could be used to determine whether it’s bonds were covalent or ionic. In 1947, Pauling published his textbook “General Chemistry,” which changed the way introductory chemistry was taught worldwide and is still used today in many undergraduate chemistry courses.

In 1954 Linus Pauling was awarded the Nobel Prize for chemistry for his work regarding chemical structure and bonding and his discovery of the Alpha Helix, the precursor to Watson and Crick’s discovery of DNA.

During World War II, Pauling worked to develop a meter that could detect and measure the amount of oxygen in submarines, a tool that is now being used to ensure people receive safe levels of anesthesia during surgeries, and a form of artificial blood plasma that could be used in battlefield hospitals. His work during the war saved the lives of countless soldiers and continues to save lives in hospitals today.

Following the World War II, Pauling focused his attention on the damage caused by the atomic bombs dropped in Japan, becoming an activist and speaking out against continued testing and creation of nuclear weapons. Pauling believed that the production and accumulation of nuclear weapons was a threat to all life on earth and must be halted. He became a diplomat and peacemaker, creating widely signed petitions against the accumulation of nuclear arsenals and speaking out against the United States involvement in Southeast Asia and Latin America. Pauling also called on other scientists to involve themselves in politics and become peacemakers throughout the world. Due to his extensive activism against war and nuclear weapons Pauling was awarded the Nobel Peace Prize in 1962.

To this day Linus Pauling remains the only person to ever receive two undivided Nobel Prizes and is seen as one of the most important chemists in scientific history. His contributions to chemistry, health sciences and the United States changed how we understand the world and his efforts are still applied today. The Linus Pauling Institute at OSU continues to build on his life and discoveries, researching how nutrients and diet can affect disease progression in the hopes of extending life. The field of Chemistry would not be the same without Linus Pauling and for that reason OSU and the rest of Oregon celebrate his life every year on his birthday.

Photography by Jesse Orrico (via unsplash.com)