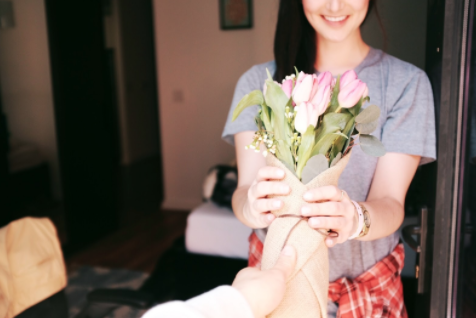 While Valentine’s Day is a very popular holiday, seen as the day of love by many all across the world, most people may not know the origins of the holiday. The origins of this strange holiday date back to the third century with St. Valentine.

There are many historical accounts and myths surrounding St. Valentine, he was believed to have been a priest who resided in Rome and offered aid to the persecuted Christians living in the city. At that time practicing Christianity was strictly prohibited in the Roman Empire. St. Valentine was captured by the Romans and interrogated by Roman Emperor Claudius II himself. The two argued over religion for a while before Claudius II ordered St. Valentine to be executed. According to Bede’s Martyrology, Valentine performed a miracle while in jail and cured the jailer’s daughter of her blindness.

St. Valentine supposedly is responsible for inspiring many of the modern day symbols of love and Valentine’s Day. The night before St. Valentine was to be executed, he wrote a letter addressed to the daughter of St. Valentine’s jailor, which he signed off with “your Valentine,” which is thought to have inspired the modern day phrase “from your valentine.” He is also attributed to have invented the passing out of hearts as a sign of love.

While providing aid to persecuted Christians, St. Valentine also performed marriages for soldiers who were forbidden to marry. He is said to have cut out hearts from parchment and hand them out to soldiers and Christians to remind them of God’s love. Cupid also can trace it’s origins to St. Valentine, who wore a purple amethyst ring with an image of Cupid engraved on it to signal soldiers that St. Valentine would perform a marriage for them.

Modern day connections to Valentine’s Day and romantic love didn’t come until 18th century England. Lovers used the day to express their love for one another, exchanging flowers, candy and greeting cards. Alongside greeting cards, in some parts of Europe people exchange St. Valentine’s Keys, which represent unlocking the hearts of the lovers as well as warding off epilepsy. St. Valentine is know as the patron saint of epilepsy as well as love. This exchanging of keys is still practiced today in Padua, Italy.

We see the commercialization of Valentine’s Day arise in the 1800’s, when mass printing and cheap postage prices along with the mass production of greeting cards and other romantic gifts. People nowadays can’t avoid the giant stuffed teddy bears or the rows of chocolate boxes in grocery stores around Valentine’s Day. While the legends and lore surrounding the origins of St. Valentine are still debated among scholars and historians today, the meaning of love and yearning for one another still rings true today.

Photography by (via unsplash.com)