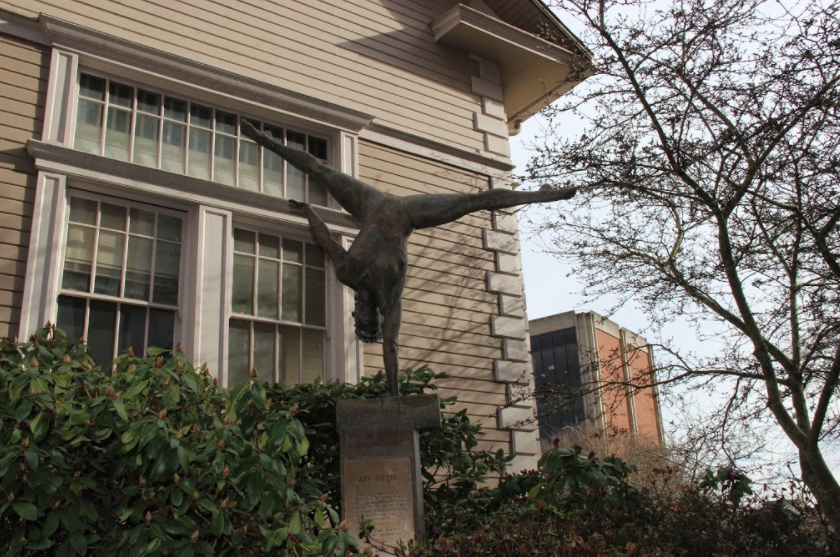 This past weekend, Oregon State Women’s Gymnastics hosted their first meet of the season with both Seattle Pacific and Northern Illinois. After a couple of rocky first meets, the team pulled out a win against the two non-conference schools, securing a positive starting point for conference meets, which begin this upcoming weekend.

The team kicked off the year with an exhibition meet in mid-November to prep for the season, which began January 6th at Auburn, followed by a meet the weekend after at Seattle Pacific on January 13th. With a strong beginning victory at Auburn followed by a tough loss at Seattle Pacific, this last weekend was a make or break meet for the OSU Lady Gymnasts to rise to the occasion. A home meet with strong determination produced the desired win for the team, hopefully fueling the team to achieve the win for the upcoming home meet this Saturday, January 28th, versus UCLA at 1:30 pm.

This upcoming weekend the OSU Beavers’ Gymnastics team will meet the UCLA Bruins’ gymnasts on our home turf. The Bruins are coming off of a loss by 1.2 points to the Oklahoma Sooners. Facing against a team already coping with a previous and recent loss in an away meet, paired with a home win by 4.05 and over 2,000 fans, puts our girls in a solid position for their next meet. With only 0.075 points separating the Oregon State winning score and the UCLA losing score, the meet should prove to be both an exciting and competitive match. The two will face off Saturday at 1:30 pm in Gill Coliseum. Make sure to come support the OSU Lady Gymnasts in their battle to break down the UCLA Bruins! Go Beavs!