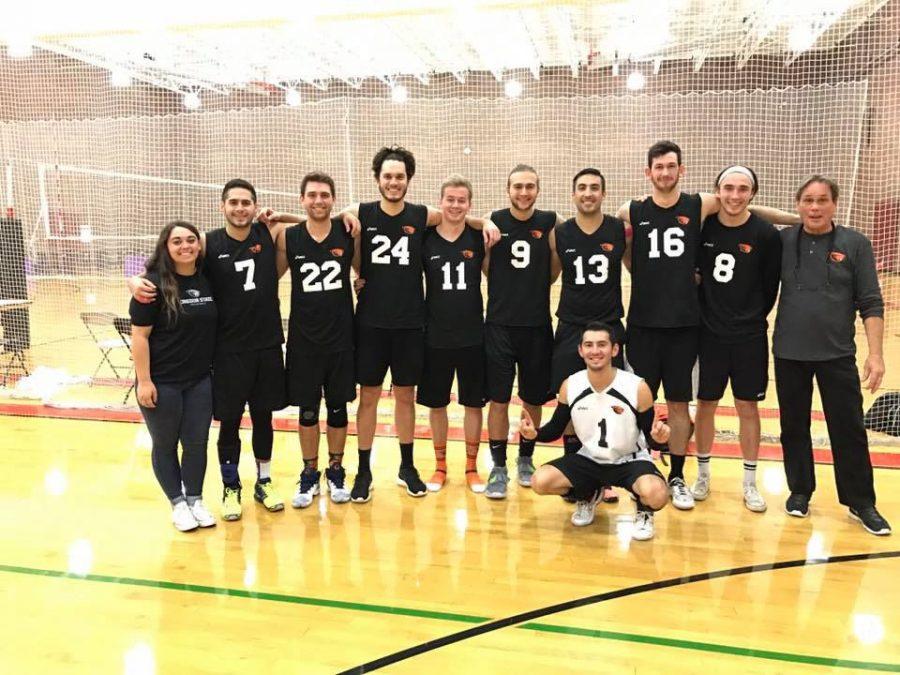 Among the many club sports at Oregon State University (OSU), competing throughout the school year is the Men’s Volleyball and the Women’s Volleyball Club teams.

The two teams are made up of several OSU students and led by Coach Bobby Roark, who has coached for the Cal Poly Men’s Club Volleyball team and San Diego State University Women’s Volleyball team.

Cecil is a setter for the Men’s Club Volleyball team at Oregon State and became involved with the program through a friend. On his favorite memory with the team Cecil said, “Traveling to Kansas City, Missouri last season for Nationals.”

Hannah Pomeroy, a junior studying Business Management, has participated on the Women’s Club Volleyball team since her freshman year. “I was walking through Dixon and saw the volleyball team practicing and went up to the coach,” Pomeroy said, “I asked about the program and luckily there was a spot left on the team so I tried out and made the team.”

Both teams receive funding from the Oregon State University Foundation and the club dues that are paid by each player. These funds help with tournament and traveling costs. “We fundraise by doing club volleyball t-shirt sales, ball rolling for the Oregon State Women’s D1 team and helping out with the Willamette Classic Volleyball Tournament that is held here at Oregon State every year,” said Cecil.

In November, the two teams hosted their annual home tournament at OSU for this season. However, be on the look out for the volleyball clubs and visit recsports.oregonstate.edu/sport-clubs for more information.