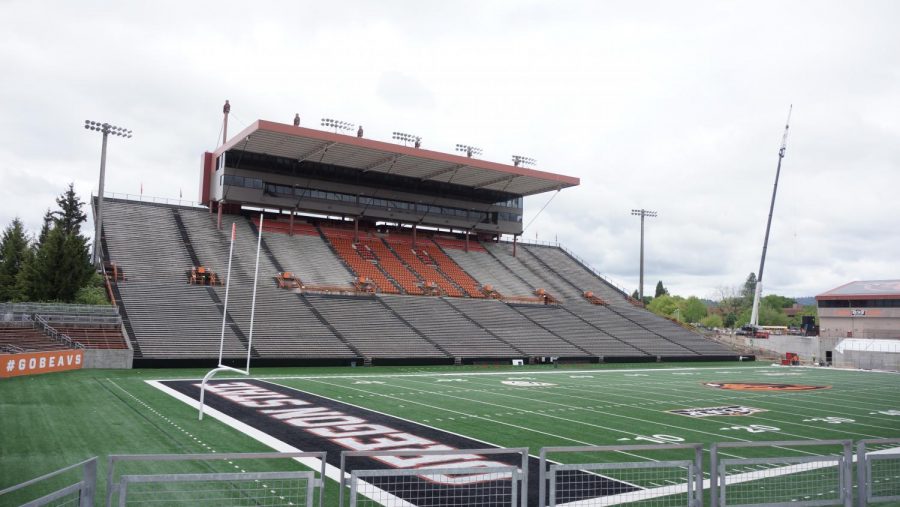 Rushing the field is considered an integral piece of culture as a college student, and has been for decades. Joining your school’s players on the field after an emotional win or a victory over rivals is something that cannot be replicated in any other setting. However, recently conference supervisors across the nation have worried about the safety of students when a field or court is rushed after an exciting win.

In the past, there have been incidences that resulted in injuries of fans due to the massive number of people joining opponents, teammates and coaching staff on a field where little control is possible. In December 2011, thirteen fans were injured after Oklahoma State fans rushed the field with a 44-10 over their archrivals, the Oklahoma Sooners. Fox News reported the event, noting that at least two of the total thirteen injured were in critical condition. However, the issue doesn’t necessarily stem from rushing the field itself; usually the injuries occur when fans attempt to take down the goalposts, another time-honored college football tradition after a big win.

Colleges and conferences have begun to take steps within recent years to prevent further injuries to fans and potential dangers to coaching staff and teammates. At OSU in particular, personnel line the field–specifically in front of the student sections–as an attempted precaution and prevention for the students to enter the field immediately after a game.

A few NCAA athletic conferences have fines and other punishments in place to discourage field rushing. In the country, five conferences are known as the Power 5 conferences and are the most prominent athletic collegiate leaders. The Power 5 includes the Pac-12, the Southeastern Conference (SEC), the Big Ten, the Big 12 and the Atlantic Coast Conference (ACC). Of the five conferences, two have fines already in place for field and court rushing, with a third in the process of putting sanctions into place.

The SEC, which includes Georgia, Auburn, Louisiana State and Alabama has recently increased the fines for a field or court rush. The conference had fines implement in 2004, but on the “low end” of prices with a $5,000 fee for a first infraction, $25,000 for a second infraction and $50,000 for a third infraction. As of last year, the SEC drastically increased their field and court rushing fines with a first infraction requiring a $50,000 fine, a second with a $100,000 fine and a third with a whopping $250,000.

The Big 12, which includes Baylor, Texas, Oklahoma and Oklahoma State has begun to follow suit with a discussion also last year of what should be a punishment for field rushing. In May 2015, the conference passed a measure that allows the conference commissioner to determine the punishment for field rushing, which could range anywhere from a fine to a loss of future home games.

The Pac-12 passed regulations in May 2016 that would enact field and court rushing fines for all teams within our conference. The fines have lower values compared to SEC fines, but are still significant. First offenses are $25,000, second offenses are $50,000 and third offenses are $100,000. Although geared more towards issues within basketball court storming in the past, the fines will still apply to all sports, including football–which is the primary reason for fines in other conferences.

Overall, most students are not even aware that fees or regulations exist within their athletic conferences to prevent field rushing. Most only think about the high emotions in place during the end of a big win. The most important thing to remember is that the majority of injuries occur when fans begin to tear down the goalposts, but the biggest question will be whether or not these fees will be effective in preventing the undesired result of fans rushing the field. Only time will tell. In the meantime, stay safe, no matter the outcome!