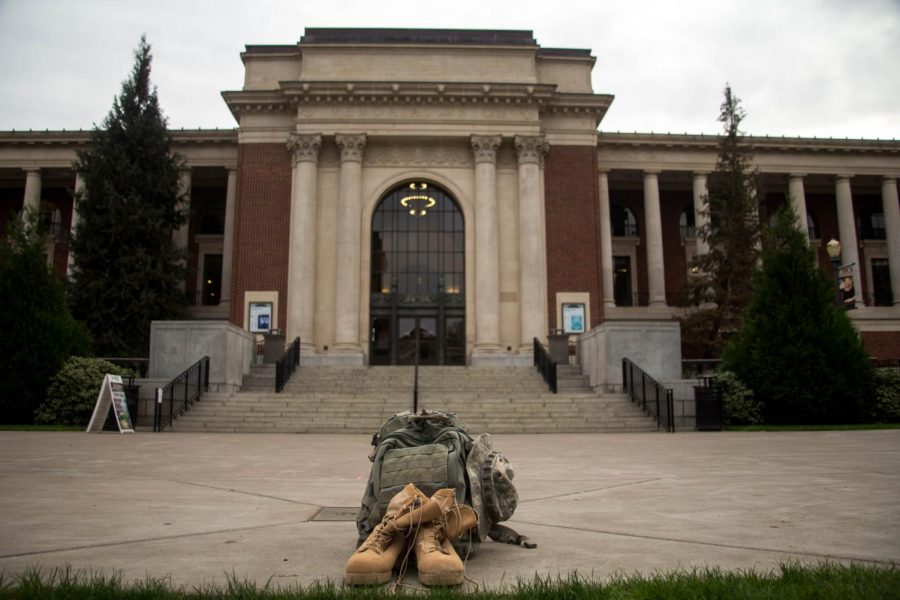 Walking into the Student Experience Center I met a student, and we made some small talk, mentioned his fraternity, and then spoke on heavier topics that seemed contradictory to his manner. His name is Darren Nguyen and he is the Director of Veterans Affairs for the Associated Students of OSU, located in SEC 110. “The transition from military to civilian life is really difficult,” he said. Darren himself recently returned from a deployment in Afghanistan, and could speak from personal experience on the difficulty of the military to student transition.

“Nobody has to support the war, but hopefully everybody supports the troops,” Darren said. He cited CAPS (Counseling and Psychological Services), a service provided to all OSU students, as able to help with what could be called “invisible disabilities,” like PTSD or adjustment disorders that veterans sometimes suffer. Darren has an earnestness about him when talking about helping veterans on campus, “If people come to me with their issues, I’ll fight for them … they have a voice.”

If Darren is the face of student veterans on campus, then Willie could be considered the muscle that lifts veteran issues to the administration. Willie Elfering is the Military and Veteran Resources Advisor at OSU, located in Snell Hall 142. “Connecting with the student veterans themselves,” is the best part of job according to Willie. Willie has 25 years in the Oregon National Guard, and can identify with veterans coming into the student body.  Willie has advice for incoming veterans, “It takes time to reintegrate with your life, into your family, into the community … ease in, and maybe not take that full 18 credits that first term.” Willie exuded a calm positivity about prospects for veterans at OSU, and the environment at OSU in general. “Everybody on faculty and staff have been very supportive of all the students I see … I think things will only get better on campus for the veterans we have,” he said.

Veterans Day is November 11th and it is a day set aside to acknowledge those people who have served in the U.S. military during peace or war.