Oregon State University to host a virtual celebration this year 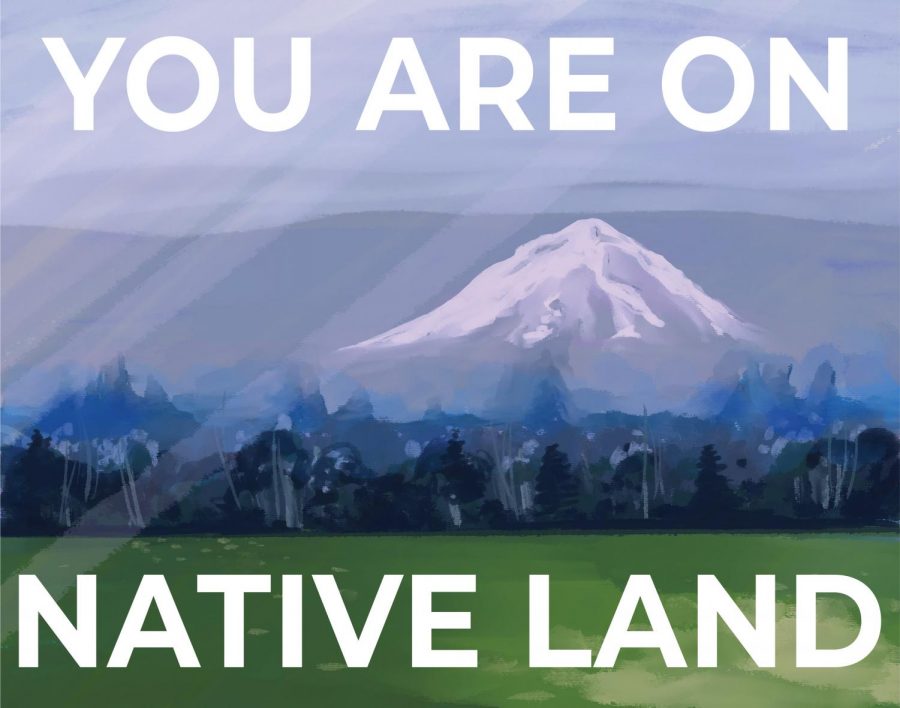 Oregon State University in Corvallis, OR is located within the traditional homelands of the Mary's River or Ampinefu Band of Kalapuya.

Oregon State University Land Acknowledgement: Let it be acknowledged that Oregon State University in Corvallis, OR is located within the traditional homelands of the Mary’s River or Ampinefu Band of Kalapuya. Following the Willamette Valley Treaty of 1855 (Kalapuya etc. Treaty), Kalapuya people were forcibly removed to reservations in Western Oregon. Today, living descendants of these people are a part of the Confederated Tribes of Grand Ronde Community of Oregon (https://www.grandronde.org) and the Confederated Tribes of the Siletz Indians (https://ctsi.nsn.us).

Today is Indigenous Peoples’ Day, a state holiday recognized to honor the Indigenous peoples of the Americas and Pacific Islands, as we no longer commemorate Christopher Columbus on the second Monday of every October.

“Oregon has not historically formally recognized Columbus Day, so it is not part of localized histories,” said Luhui Whitebear, an assistant professor for the School of Language, Culture, & Society and the Center Director for the Kaku-Ixt Mana Ina Haws. “I would encourage folk to understand that Columbus was responsible for numerous atrocities against Indigenous people and part of what Indigenous Peoples’ Day asks us to do is to learn more about the long term effects of his actions that continue to be felt in current times.”

“This is a significant change because it shows that as a state, the priority is on recognizing Indigenous histories, resiliency and current-day experiences,” Whitebear said. “Given the state does not formally recognize Columbus Day as significant.”

OSU has been hosting an annual celebration on Indigenous Peoples’ Day, with participation from Oregon’s nine tribes and national speakers. For the past six years, students from the Kaku-Ixt Mana Haws, formerly known as the Native American Longhouse Eena Haws, have been collaborating with the city of Corvallis, and was one of the first in Oregon, along with Portland, to commemorate Indigenous Peoples’ Day.

“Corvallis and Portland were the first two cities in Oregon that proclaimed Indigenous Peoples’ Day in 2015,” Whitebear said. “The efforts in Corvallis were led by OSU alumni William Miller and Matt Williams along with my support and in partnership with Corvallis Mayor Biff Traber. Oregon first proclaimed Indigenous Peoples’ Day in 2017 and made it officially recognized this past June. I think that the progression of the timeline shows the importance of local efforts in helping create larger changes.”

On this day, we commemorate and honor the numerous Indigenous people that have historically existed and continue to live in the United States and its territories. Today is a day to acknowledge the Indigenous peoples of the Americas and Pacific Islands, and their ancestors, as well as their contributions to the history of America.

“On Friday, President Biden became the first U.S. President to nationally proclaim Indigenous Peoples’ Day,” Whitebear said. “He also acknowledged the atrocities that Columbus brought to Indigenous Peoples’ Day in the federal Columbus Day proclamation. This is a huge step towards addressing the harm caused, its lasting effects felt to this day, and the need for healing.”

Columbus Day is tied to 500 years of colonial oppression in the form of violence by the European settlers, who are regarded as colonizers rather than explorers. For this reason, Columbus Day has been a day of hurt and pain for Indigenous peoples. As a result, Indigenous Peoples’ Day holds significance as a counter celebration to Columbus Day.

Indigenous Peoples’ Day recognitions continue to be useful as cultural celebrations and educational events. By participating in OSU’s events on the second Monday of every October, the community can gain more knowledge about American history and Indigenous culture. Today’s celebration is from 5-6 p.m., held virtually through webinar registration. This year’s main speakers include OSU alumnus Buddy Lane, cultural education director for the Confederated Tribes of Siletz Indians, and Steven Paul from the First Indigenous Nations Society, as well as Corvallis Mayor Biff Traber.