21 songs for your 2021 tailgating season 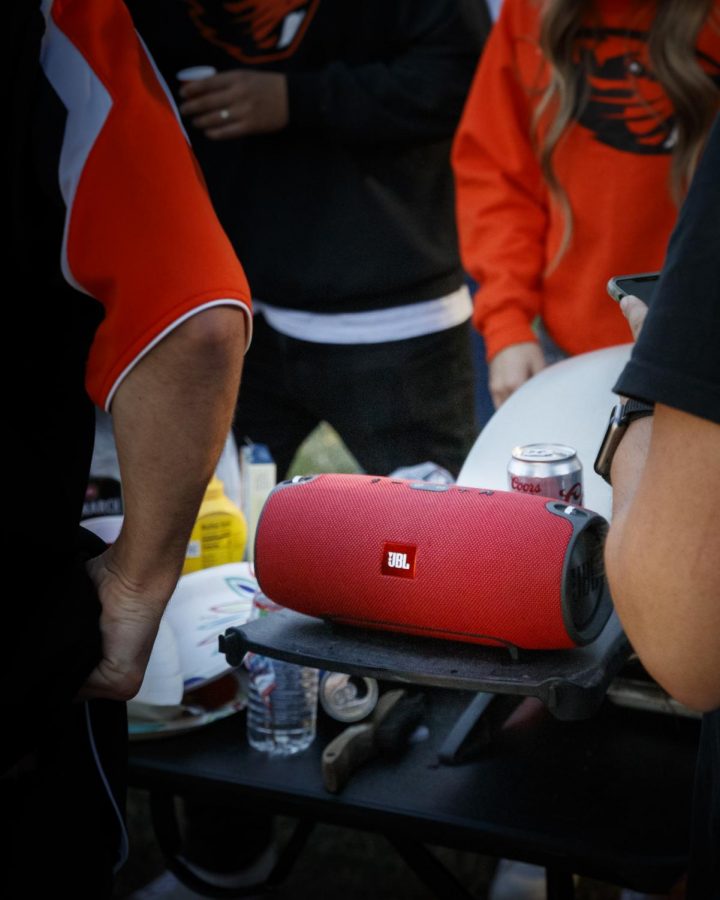 OSU students gather around to listen to music during tailgating party.

Modern football tailgating has been around since 1869. It’s not just a party, it’s a crucial tradition. Music is the most important aspect of any great tailgate.

People rally together to support their favorite football team in the parking lot of the stadium before the game, which is held on and around a vehicle that involves barbeques, drinks and great song playlists. Nothing says “America” like tailgating.

There is no way to have a fantastic tailgate without a terrific music playlist. What’s more than a great list of songs to play this football season? Here are the top 21 songs for tailgating.

We Will Rock You – Queen

Killing In The Name Of – Rage Against The Machine

Party In The USA – Miley Cyrus

All I Do Is Win – DJ Khaled, Ludacris, T-Pain

All Of The Lights – Kanye West

Start Me Up – The Rolling Stones

U Can’t Touch This – MC Hammer

To listen to these songs, visit the Beaver’s Digest tailgating playlist on Spotify.