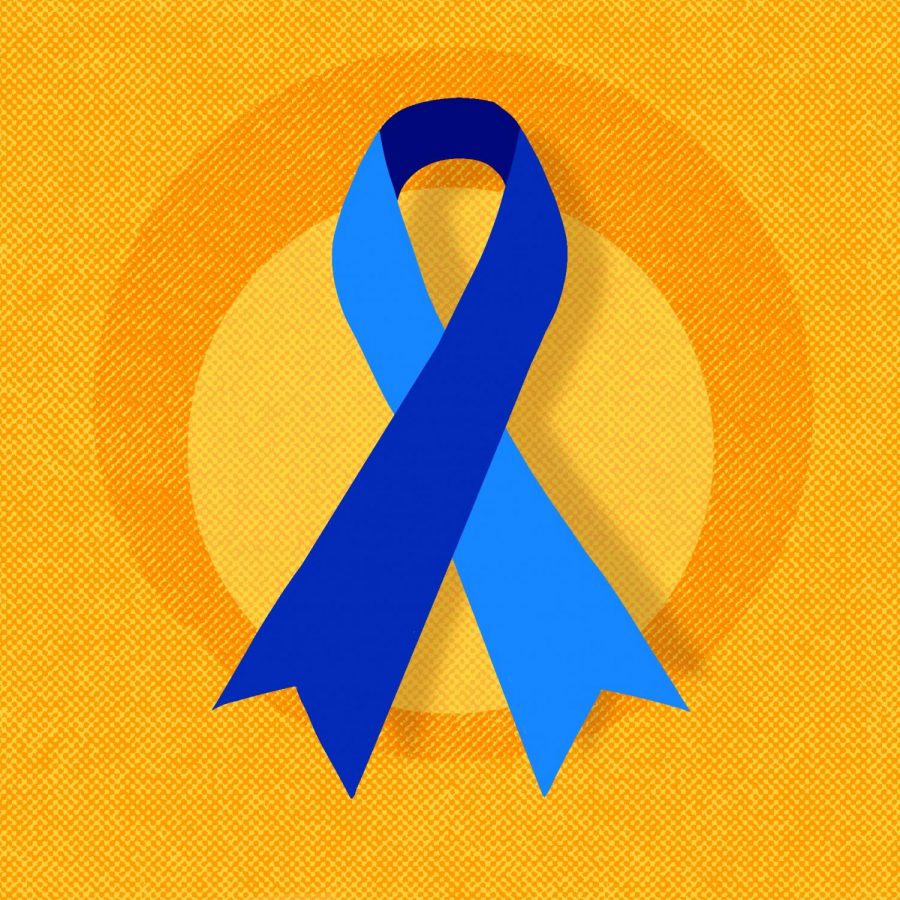 A blue ribbon is used to represent Diabetes Awareness Month.

November is national Diabetes Awareness Month and has been since 1975, but why is it important to bring awareness to it?

Diabetes is somewhat of a misunderstood disease. What diabetes boils down to is how someone’s body takes food and converts it into energy. Most of the food we eat is broken down into glucose (sugar) and is released into our bloodstream. When blood sugar levels increase, it signals your pancreas to release insulin. Insulin lets blood sugar into our bodies cells to use as energy.

However, when someone is diabetic this process does not work. A diabetic person’s body cannot produce enough insulin or their body cannot use the little insulin they do produce. Without insulin, too much blood sugar stays in the bloodstream and can lead to serious health risks.

There are two types of diabetes that people are often diagnosed with. Type 1 and Type 2 diabetes. Type 1 diabetes means that your body does not produce insulin, among other factors.

“Type 1 [diabetics] can consume any food they want, including sugar, they just have to be aware of the carbohydrate count of the food they are eating so they can take the appropriate amount of insulin,” Bokhari said.

Type 2 diabetes means that your body doesn’t respond to insulin as well as it should. Later on in the disease, your body will also begin to not make enough insulin.

Beginning stage symptoms can be quite similar for both Type 1 and 2 diabetes. The symptoms for both can include:

Type 1 diabetes symptoms typically occur rather quickly while Type 2 diabetics can experience the symptoms at a slower rate and it may take years for them to develop.

“Type 1 diabetes was something I developed/was diagnosed with at the age of 12 years old,” Bokhari said. “I was diagnosed after experiencing a lot of symptoms associated with Type 1 diabetes. I experienced significant weight loss, frequent urination and constant thirst.”

Along with being vigilant with any symptoms of diabetes, it is also important as friends of people with diabetes to know the basics.

“I think if you are friends with people with diabetes it’s important to know a little run down of all of it so if anything happens you know how to handle it,” said second year sophomore, Mackenzie Ruff. “But I think it’s important to recognize that when your blood sugar is low you need food (carbs) and when your blood sugar is high you need insulin.”

Diabetes is a fairly common disease and chances are, you know someone on campus who has it. Understanding what type your friend has and what foods they may need when their blood sugar is low could be critical.

If you are a student who is diabetic, OSU has several resources available. One special resource at OSU is Diabeavers, which is a student-led organization that focuses on supporting students with diabetes. All information on OSU’s diabetes resources can be found here.

“Diabetes is not someone’s identity. A diabetic is attuned to their body and knows what they need,” Bokhari said. “To me, diabetes awareness month is a time where I feel validated and close to other diabetics. Type 1 diabetes is very misunderstood and spreading awareness during this month is a step to break some of the stereotypes.”