Student on the Street: What is your favorite thing about fall? 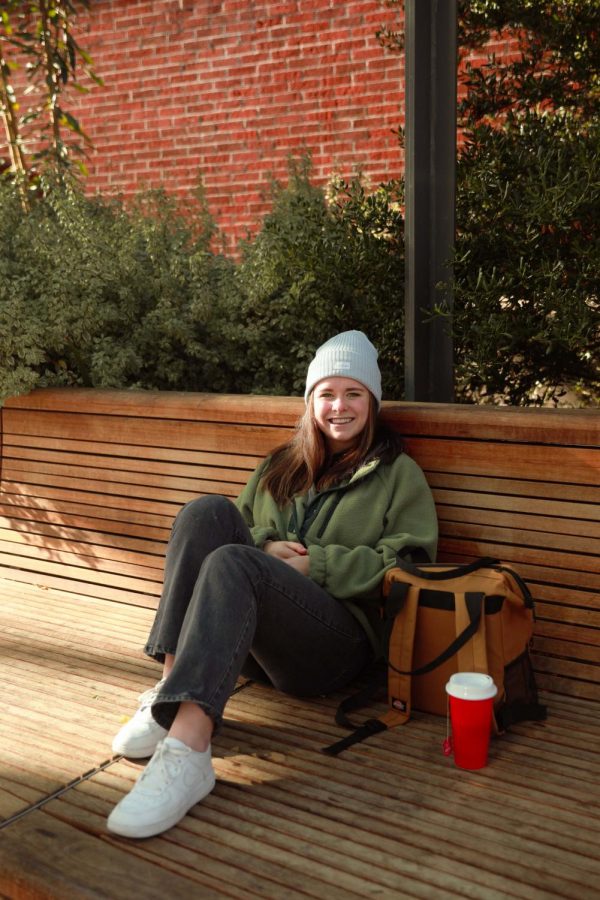 McKenzie Scott, fourth-year OSU student, sits on a bench outside of the Student Experience Center on the Oregon State University Corvallis, Ore. campus.

“All the leaves,” Papineau said. “I would actually pick some of them up and take them to class. I would put them on my desk or gift them to friends sometimes.”

“The best part is using up all the sunny fall days to go out and do activities,” Ashcraft said. “Whether it’s going hiking or going to the beach, it’s all about making the most of these blue sky days before it gets all gray and gloomy.”

“Being back on campus,” McArdle said. “It’s really nice to see people and meet people. It kinda sucks because of the masks but it’s just been nice to see people again. I have been going to lunch with friends I met through online classes and it’s so nice to actually see them now.”

“I enjoy that it is getting colder,” Tjandra said. “I don’t like the heat. I grew up in Indonesia and it’s really hot there so I definitely prefer the cold weather now rather than the heat.”

“The fall at Oregon State is very beautiful,” Bai said. “I have never seen anything like this except for on Instagram, so that’s probably my favorite part.”

“I went to the Van Gough exhibit in Portland recently and it was amazing,” Husen said. “They projected a lot of his paintings on the walls and animated them. At one point they put all of his self-portraits up and you could really see the developments he went through.”

“This is my first term on campus because I’m a transfer student and because of [COVID-19],” Brody said. “It’s been so nice to see everyone I’ve met through online school and just be on campus, especially experiencing campus during the fall when it is so beautiful.”

“I went to the craft center,” Scott said. “It’s really nice that the craft center is open again and I’ve been doing pottery more often because of it. It is a stress-relieving activity which is nice. You can either make something beautiful or just break stuff. I have been going there since freshman year and they closed for a while during [COVID-19] but I’m happy they are open again.”

“I did marching band this term for the first time so it has to be that,” Perdue said. “I just did it on a whim and it was so much fun. I did color guard in high school but never marching band. Then, I saw that we had a marching band here at OSU so I had to try it out.”