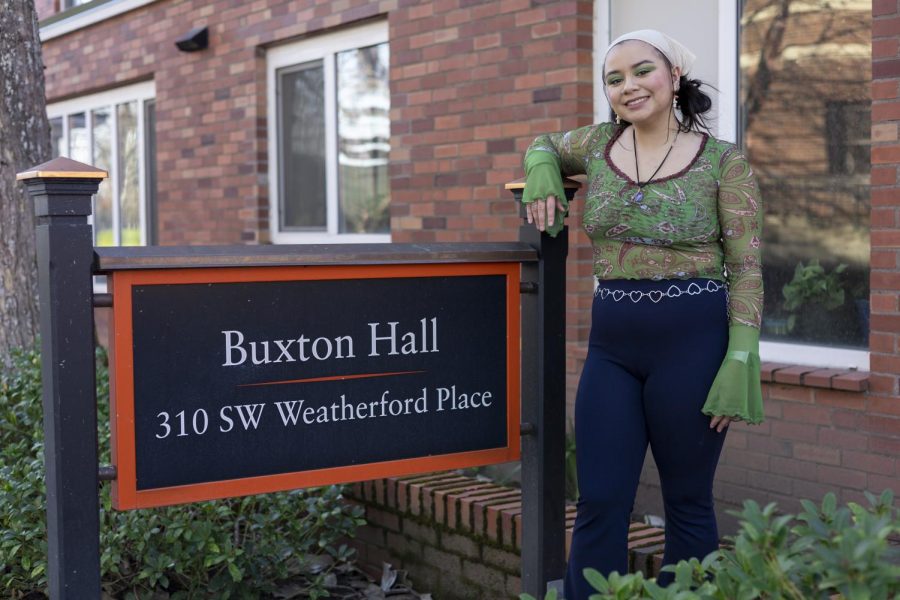 This article was written and published for the 2022 “Renter’s Guide” in collaboration with The Daily Barometer.

Living in a dorm is the epitome of the collegiate experience. It is, in fact, one of the most memorable and quintessential parts of college.

Oregon State University’s on-campus housing is conveniently surrounded by life on campus—such as events, classrooms, dining halls, campus facilities and faculty services. Many perks and plenty of resources can be found on campus, and is made more easily accessible when living in the middle of it.

First-year students are required to live on campus in one of the 14 residence halls, but, while some incoming freshmen are excited to live the dorm life, others may be worried about their soon-to-be living situation. Well, here are 10 reasons why dorm life should be an exciting adventure, according to three OSU students.

“I liked living in the dorm because it made it easy to make friends in my major,”  said Lillian Nomie, a fourth-year student studying chemical engineering at OSU. “I’m an engineering major and I lived in Buxton, which was one of the engineering dorms. This made it easy to get help from the people in my classes because many of them were also in the same classes as me! My [resident assistant] was also an engineer, so she helped out with homework a lot of the time too. I also liked living on campus. Especially as a freshman, it made it easy to get around—I had a very sociable floor so we all became friends. Many of my friends today I met in the dorms my freshman year!”

Autumn De La Cruz, a fourth-year student studying civil engineering and sustainability at OSU, said it was lovely to live in the dorm because it made it easier to meet others in and outside of their own major. The dorms exposed her to a community of people she would not have met otherwise.

“I enjoyed living in the dorms because of the friends I made and got to meet,” De La Cruz said. “These people became a part of my community. Being on campus was also nice because I had easy access to campus resources such as Dixon [Recreation Center], the [Memorial Union], Student Experience Center, etc.”

“It’s only about a 15-minute walk to any of my classes at the very most,” said Elijah Deckon, a first-year student studying bioengineering at OSU. “On top of that, since I live in Bloss Hall, I am right by both Arnold Dining Center and Cascadia Market.”

4. There’s always something to do

When you’re feeling bored and your schedule is wide open, your roommates can be your best companions as you explore campus and its surroundings. Especially on the weekends, OSU dorms, campus facilities and local businesses are bustling.

Nomie said there is a lot to do on and off campus. Downtown Corvallis, Ore. is within walking distance from campus. She and her roommates liked to go to the Saturday Markets off campus and the events held on campus.

“In my freshman year, we attended the DAMchic fashion shows, went on walks around campus and ventured out into downtown Corvallis,” Nomie said.

De La Cruz said some of the fun activities she did with her roommates included eating dinner together, going to football games and attending club meetings. She and her dormmates also liked to walk to Monroe Avenue to grab frozen yogurt or dinner. Additionally, they studied together at the library or in the study lounge of their residence hall.

Deckon said that he usually watches something on Youtube, plays games with his roommate, or messes with the cards that he brought with him in his spare time.

“Well, I dragged my roommate back into Magic the Gathering, so we moved the little drawers under our desks into the middle of the room and played Commander/EDH before,” Deckon said. “Other than that, we’re both pretty private people.”

5. Learning to live with roommates

Nomie said that sometimes it can be tough sharing a room with people no matter how great your roommates are since there is no personal space in the dorm. Having alone time is something that she really enjoys.

“I think the best thing that came from the dorms were the relationships that I built,” Nomie said. “You get really close to the people that live on your floor. Everyone is kinda homesick and I feel like we really became a family–thankfully I had a relationship with my roommates prior to living with them so we were all friends. I would say the most important thing is to have good communication skills. If we ever had an issue we would bring it up and it usually got resolved after that.”

De La Cruz said that she learned how to live with other people in the dorms. It was a new experience for them, since they had only lived with their family. For her, living with a roommate was actually a lot of fun. She said she thinks the best way to get used to this is by talking to the roommates about your boundaries and getting to know them.

“My freshman year roommate and I did everything together,” De La Cruz said. “We worked out together, we went to the dining hall together and went to football games. This helped us bond and we became pretty good friends.”

Deckon said that he has had his own room for the last 10 or so years, so living in close quarters with people has definitely been interesting, especially cracking enough dumb jokes to break the ice with roommates to get to know each other better.

All OSU students pay annual student fees that go toward a wide range of amenities and services offered by the university. Because of these fees, students have access to things like the gym, laundry rooms in every residence hall, on-campus therapists, sporting events and more. Deckon tries to take advantage of the amenities and services he pays for.

According to Deckon, living on campus has helped him save a lot of money through access to Dixon Recreation Center versus paying for a monthly gym membership, using Sackett Hall’s laundry room versus paying to use a laundromat, occasional campus events that offer free food and not having to pay for rent and utility bills out-of-pocket every month.

“Other than that, thanks to the meal plan, I get good meals for cheap,” Deckon said. “Cascadia Market helps fill in the gaps.”

For De La Cruz, she learned how to stretch her dining dollars as far as they’d go.

Corvallis’ public transit choices are mainly free, and OSU offers several free transportation services—making it simple for students who live on or off campus to commute. The availability of public transit is another reason to look forward to dorm living.

“SafeRide was a really nice transportation service that is available on campus,” Nomie said. “It was really helpful for getting places at night if it was cold or I was scared to walk alone.”

Other transportation options include bikes for rent on and off campus, and the Beaver Bus.

“Besides [using] free buses, everything is only like a 10-minute walking [distance] so I just walk everywhere,” Deckon said.

Events on campus can be one of the most memorable aspects of being a college student. Almost every week, OSU departments and student groups host a variety of events. One of the benefits of living on campus is the immense opportunity to get involved, immerse yourself in the OSU community and support student organizations.

“I always liked attending the fashion shows and the events put on by Dixon,” Nomie said.

“In my spare time or weekends, I typically would go to on-campus events,” De La Cruz said. “An event I went to was [Recreation] Night because there was a lot of free stuff. Some other things I did was go to sports events on campus, since they are free to students.”

Deckon joins a group of friends every Tuesday in his residence hall to play games.

“Tuesday Night Magic down at Sackett Hall—every Tuesday at 6 p.m.,” Deckon said. “Magic the Gathering is a trading card game, such as Pokémon or Yu-Gi-Oh.”

“Overall, I am very thankful for the experience I had in the dorms,” Nomie said. “I will cherish the friendships I made, forever.”