"I want to show our community our culture" 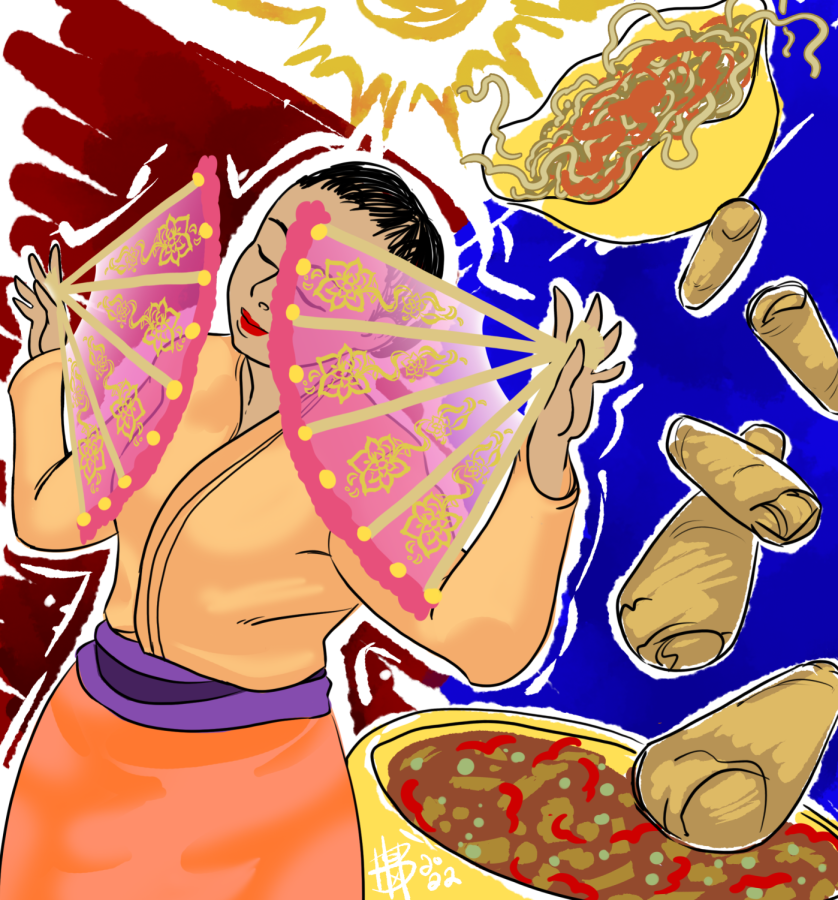 There will be Filipino food featured at the Pilipino Culture Night, such as pancit and lumpia. The Filipino flag bears a golden sun with three stars, signifying the number of major islands in the Philippines.

Isang Bansang Pilipino at Oregon State University will be hosting the Pilipino Culture Night on Friday, May 27 at 6 p.m. later today in the Memorial Union Ballroom.

According to Danielle Spence, the co-president of IBP, tickets will go on sale a week ahead of time. Information about getting tickets, which are free, can be found on the club’s instagram page @osuibp.

This year’s Pilipino Culture Night promises entertainment and food. JR Surban, the co-event coordinator of IBP, said, “for our PCN, we’re going to have multiple performances and skits showcasing Filipino culture.” He continued saying, “each dance tells a story.”

Surban said the performances will be incorporating stories about problems many Filipino Americans face, such as one’s identity and how it changes once they’ve immigrated.

The event will also have traditional Filipino food, according to Leighton Guevarra, public relations officer of IBP.

Spence added that there will be “pork guisantes, it’s pork and peas, and pancit.”

Guevarra explained that pancit is rice noodles with vegetables and other things mixed into it. Spence said that it is usually made for celebrations.

“It’s important in our culture,” she said.

The IBP will also be holding a fundraiser at the event in support of Kabataan Alliance’s Kapit Bisig Relief which is raising money for typhoon relief in the Philippines.

“There’s been more and more typhoons hitting the Philippines and it’s displacing a lot of people,” said Spence. “So we’re trying to basically help our people.” She added, “It’s in collaboration with an alliance we’re a part of called Northwest Filipino Student Alliance.”

Spence said they will be “doing little things to help raise funds.”

Surban said this year’s event is important to him because it’s their first big event coming back from COVID-19. He said the club has been putting a lot of work into the event.

“I want to show our community our culture,” Surban said.

Guevarra agreed that the group has put a lot of work into this year’s event.

“Just having our whole community come together to see this performance, just, it will mean a lot,” said Guevarra. “It will be cool.”

According to Spence, in the months leading up to the event, IBP worked together every weekend to learn the dances. She said it built a stronger community within the club and is important to share Filipino culture with others.

“I think it’s important to have the culture nights for like other communities as well to share,” Spence said. “Especially in a predominantly white institution is important.”