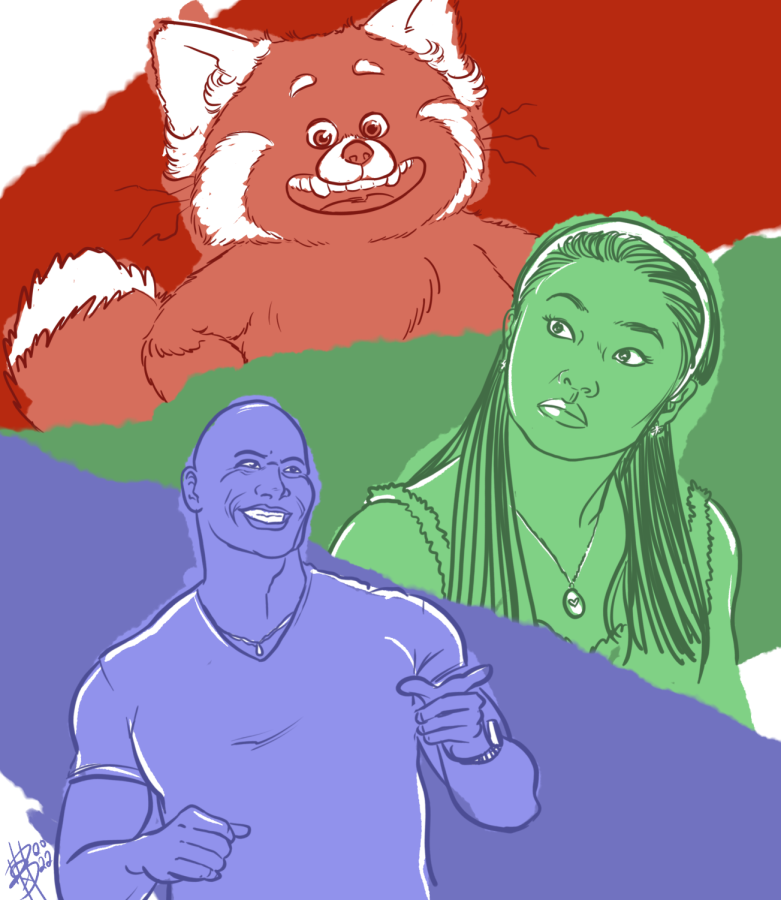 With more shows and movies offering a diverse cast of characters with unique backgrounds, Asian American and Pacific Islander Month is a great time for cultural celebrations.

In the most recent years, there has been a rise in the diversity we see on our screens now including more Asian and Pacific Islander faces. More of their stories are being shared and people from these backgrounds are taking on leading roles in what we watch. To celebrate Asian American and Pacific Islander Month, here is a list of movies and TV shows you can enjoy.

On the island of Oahu, two Brooklyn-raised siblings spend a summer in Hawaii. They come across a journal that sets them in the direction of a long-lost treasure leading them to reconnect with their Hawaiian culture. This Hawaii-filled adventure can be seen on Netflix.

Never Have I Ever

After having to cope with the death of her father, Devi, a first-generation Indian-American girl, wants to improve her status in school after a traumatic year. Balancing that along with her friends, family and feelings makes it no easy task to do. The first two seasons of this comedy-drama series can be seen on Netflix.

Medical prodigy Lahela ‘Doogie’ Kamealoha attempts to juggle her life and medical career as a teenager. Having to navigate her family and friends while being a young doctor is shown to be a struggle while living in Hawaii. This medical comedy-drama can be seen on Disney+.

To All the Boys I’ve Loved Before

All throughout her life, Lara Jean has written passionate love letters to five of her crushes that she has never had an intention to send out. When these letters get sent, this begins to spin her love life into havoc. This romance trilogy can be seen on Netflix.

Everything Everywhere All at Once

When reality is ruptured by an interdimensional threat, an unlikely hero must channel her newfound powers to fight bizarre and bewildering dangers from different universes. The fate of the world depends on her as she has to balance the challenging dynamics of her own family. This multiverse movie can be seen in select theaters.

A retelling of the classic “Hawaii Five-0” series is about detectives who are part of an elite task force whose mission is to eliminate crime in the Aloha State. Conflict ensues within the unit, but they remain determined to prevent these dangers in Hawaii. The show’s 10 seasons can be seen on Paramount+, Amazon Prime Video, Apple TV and more.

13-year-old Mei Lee finds herself torn between embracing her youth and being an obedient daughter to her mother. She also discovers that she turns into a big red panda when she gets too upset or excited which gives her another challenge while trying to navigate growing up. This Pixar animated movie can be seen on Disney+.

After getting dumped by her longtime boyfriend, Jules must try to reenter the world of women literally and metaphorically with the help of her imagination. She rekindles the female friendships she left behind when she was in a relationship. The show’s first two seasons can be seen on Hulu.

Following the life of Dwayne ‘The Rock’ Johnson, he looks back on his life as he runs for president by reliving the outrageous stories of his family and youth. He explores his life during his childhood up until now to show how all those events shaped him into the man he is today. The sitcom can be seen on Peacock, Hulu, Amazon Prime Video and more.

Maya Erskine and Anna Konkle play teenage versions of themselves to portray how middle school really happened for them. They reexperience the ups and downs of school life as outcasts set in the year 2000. The comedy can be seen on Hulu, Amazon Prime Video, Apple TV and more.